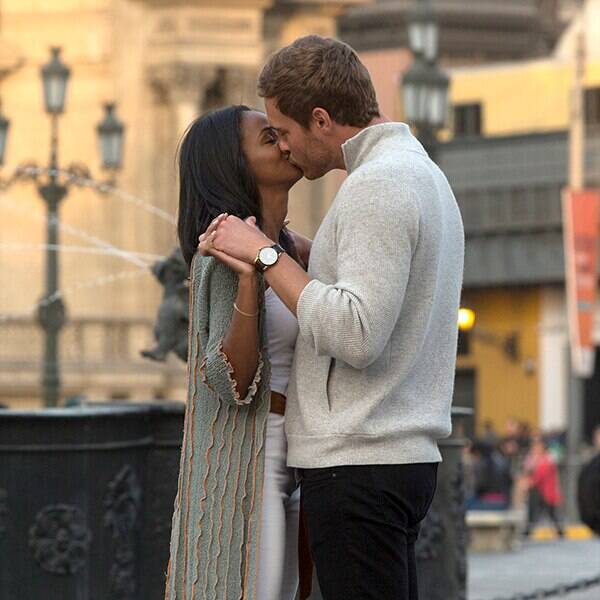 Things sure are heating up in Bachelor land.

Tonight’s episode began with six final ladies and ended with four, all of whom must introduce their pilot boyfriend to their families in next week’s episode. The preview showed one mother saying her husband won’t just give his daughter away to anyone, so that’s going to be a great, normal, non-annoying time for sure!

But first we gotta discuss how we got there.

Basically, all the girls sat in a hotel room in Peru and waited to find out who was going to get one of the four dates of the week, knowing there were four roses to give out. Madison got the first date, and Peter told her he’s falling in love with her. She told Peter she’s extremely religious and is looking for a man who can lead her family religiously the same way her dad did, and Peter verrrrry slowly admitted he hasn’t been quite as into his faith as he’d like to be, but he’s basically on the same page.

Madison felt fine about this, though in the preview for next week’s episode, she reveals she’s saving herself for marriage and hasn’t told Peter yet. We all know how much Peter loves to have sex and genuinely believes it’s an important part of exploring a relationship, so we’ll see how he feels about that.

Kelsey also got a date, and she and Peter rode ATVs and really seemed to have a good time together. She revealed that her dad had justified all of his actions (like up and leaving her family and moving to Mexico) by saying God told him to do it, and she’s been secretly in contact with her dad for years while her mother has no idea. So that will undoubtedly come up next week in some fun kind of way.

Family drama aside, Kelsey has really come so far from her days as that girl who cried over a stolen bottle of special champagne before a cheaper, less special bottle of champagne exploded all over her face. She seems nice and we may now be rooting for Kelsey.

Kelley, Victoria, and Hannah Ann were also sent on a three-on-one, which mostly seemed to consist of Kelley calling everyone else a child and wondering how Peter could not give her a rose when she’s a frickin’ attorney. She has a point, and yet…Hannah Ann and Victoria got the roses. Hannah Ann we understand, but once again, Victoria and Peter were sort of fighting in an uncomfortable way.

He’s in a mood every time she talks to him, she said. He’s not in a mood, he said.

Victoria is 100% allowed to be in a constant freak out mode while participating in this show, as we know we would be, but there’s something more going on with her. She seems to go into every situation with a personality picked out, or a problem to overcome in that moment so she gets to come out better the other side.

Finally, let’s talk about the absolutely nonsensical mistreatment of Natasha. Many, including ourselves, were a little shocked when she even made it to the final six, since we’ve barely seen Peter talk to her all season long. She was also the only girl of the final six who never got a one-on-one, and the only kindly, non-conspiratorial conclusion we could come to is that Pete kept her because she was always willing to call him out on his bulls–t.

During the Alayah nonsense and in many other moments, Natasha was one of the loudest voices letting Peter know that his behavior was not OK, and that’s often a valuable person to have around. When Pete finally did go on a one-on-one with Natasha tonight, they seemed to have a really good, easy time together, but he let her go during dinner, saying they’re more like friends, and wondering if he waited too long to really give things a chance with her.

Uh, yeah, you did wait too long, Pete. Final six is too long, especially when you’ve got other girls who you invited on multiple one-on-ones.

It just made her presence there feel like a farce, like let’s just keep the 31 year-old woman of color around as long as possible, since everybody else is mostly white and 23, so we look just a little bit better. It’s not fair to Natasha, who seems like an awesome person and who was one of the very few non-annoying women participating this season. She deserved an actual one-on-one when she still had a chance, but actually, she just deserves better all around.

One other thing we will say about tonight’s episode is that it was delightful to see Peter speaking Spanish all over the place as they toured Peru. We love ourselves a bilingual Bachelor star, even if we question everything else he does.

The Bachelor airs Mondays at 8 p.m. on ABC.