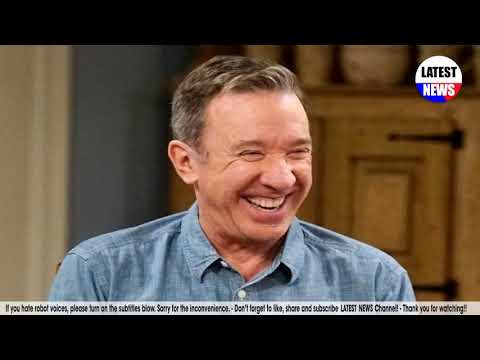 When one of ABC most popular shows ‘Last Man Standing’ was cancelled, it didn’t make much sense The show’s star Tim Allen was never shy of his conservative beliefs and they surrounded the shows story line

The show gave conservatives the ability to watch something, without risking the chance of being tarred and feathered by Hollywood elites Fox has since picked up Allen’s show and since then, Tim has consistently promised that the show won’t change and conservatives will still have a voice on the show He’s also continued to defend President Trump In a recent interview with Entertainment Weekly, Allen triggered the Left again by injecting some sense into the national conversation regarding President Trump While Allen doesn’t classify himself as a “Trump supporter” (he endorsed Kasich), the famed sitcom star believes that people need to calm down and look at the evidence, which shows that the economy is living up to the MAGA promise: I’ve met [Trump] at the charity event years ago, and that certainly doesn’t fit with the man who tweets

I’ve met a lot of people in private whose public persona is a bit off My perception is ‘let’s see what he gets done’ Let’s stop banging on the pilot’s door and trying to pull the guy out of his seat while he’s still flying You might not like how he’s flying the plane but let’s let him land it Allen explored that a bit more by suggesting maybe some of Trump’s style could just be theater as he gets results people have long been waiting for: Do I like him or agree with him? … I don’t know

Somebody got this NAFTA thing done How did that happen? It’s like a slight of hand with this dude There’s this smoke and smelly food but over here he just fixed a pothole The theater of this is fascinating He doesn’t do it very attractively but you don’t even realize the economy is doing better

Is it? There’s so much drama Maybe it took this type of guy to get stuff done because it was so stuck in the mud I’m just watching the theater of it and trying to keep my personal opinions out of it What difference does it make whether I like him?