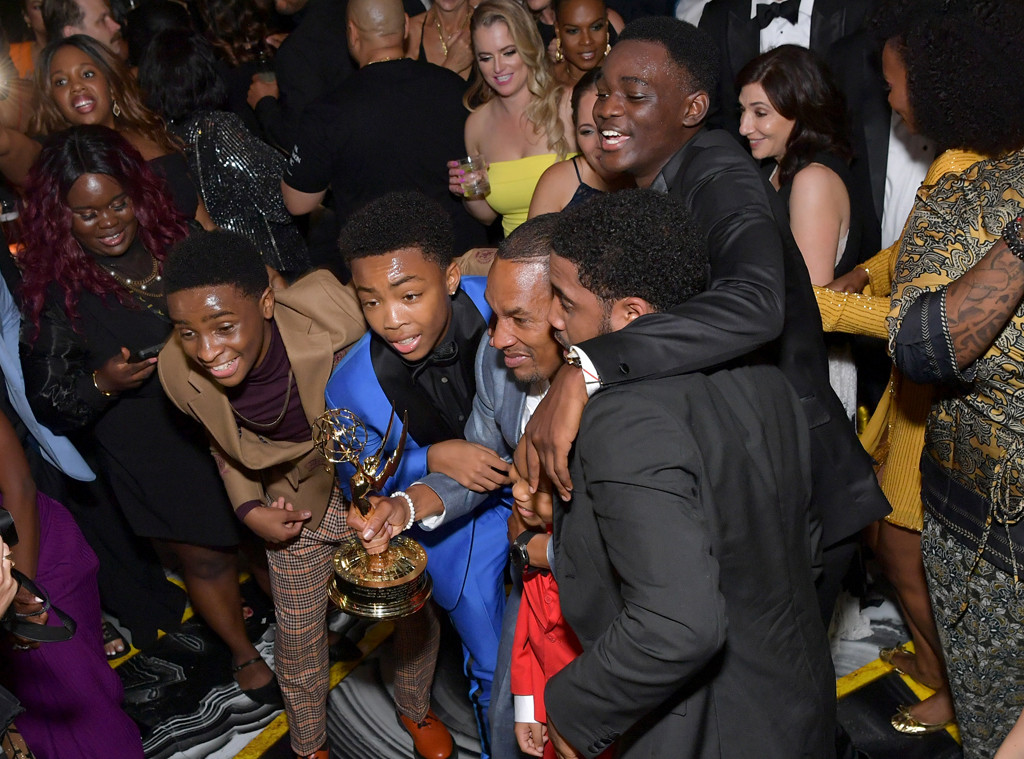 The When They See Us stars had a lot to celebrate at the 2019 Emmys.

After taking home two trophies, the cast and crew toasted to the mini-series’ success at a few of the award show’s after-parties.

The group stopped by the Governors Ball at the L.A. Live Event Deck and also attended Netflix’s after-party at Milk Studios in Los Angeles.

During the big bash, Jharrel Jerome, who won an award earlier in the night for his portrayal of Korey Wise, posed for a pic with his fellow castmates Asante Blackk, Caleel Harris and Ethan Herisse. He also enjoyed the night with the Exonerated Five, who the cast portrayed in the mini-series, and hit up the dance floor.

“Jharrel Jerome was the hit of the dance floor and he was making dance circles all over the place,” an insider said. “The floor was packed! He was dancing with his Emmy the crowd got really into it. At one point, Jharrel and the original Exonerated Five guys all jumped into a big dance circle on the dance floor. They all linked arms and had a really fun special moment together with a cheering crowd surrounding them. Those guys all had the best night dancing for hours and hours with Jharrel.”

Ava DuVernay, who directed the film, and a few of the film’s other stars—including Niecy Nash, Blair Underwood and Freddy Miyares—were there, as well.

Earlier in the night, Jerome dedicated his Outstanding Lead Actor in a Limited Series win to the Exonerated Five. The Five—Wise, Kevin Richardson, Antron McCray, Yusef Salaam and Raymond Santana—also walked the red carpet with Duvernay at the 71st annual award show and opened up about what it was like to see their story play out on the screen.