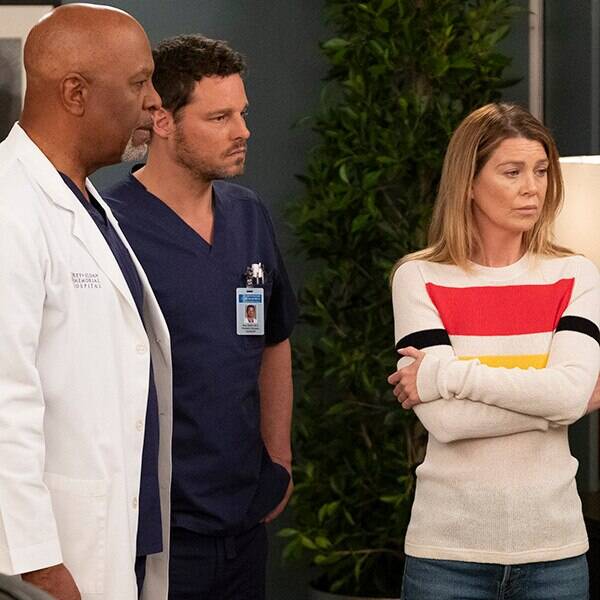 Just when we were thinking it had been a minute since a catastrophe, the ABC drama handed us a couple at once as fog rolled in over Seattle at a pretty inopportune time, causing a terrible pile-up on the freeway. In one car, Owen and Schmitt are trying to keep an agoraphobe with golden blood calm so she can help a dying boy back at the hospital. In another car, Amelia is trying to drive Teddy, who is in labor, to that same hospital.

Meanwhile, at the hospital, Meredith’s well meaning but very dumb scheme to treat a little girl under her Meredith’s own daughter’s name so she could get insurance has caught up with her, and DeLuca took the fall (for the FELONY), claiming it was entirely his idea and doing, so now he’s probably going to jail. And Mer can’t stop him, because she’s stuck in the hyperbaric chamber with the dying boy who needs the golden blood.

That’s where we are as we head into next week’s finale, along with the fact that Teddy has decided she’s still in love with Owen while Amelia’s still playing house with him and trying to decide what to tell Link about whether their fling is real or not. Owen has decided he’s in love with someone, but we don’t know who it is yet, and Koracick is still trying to put together the nursery in the apartment he rented for the pregnant woman he believes loves him.

Then we’ve got Jo, who finally told Meredith why she’s so depressed, and who was finally convinced by Meredith (and a glorious speech about that time she drowned for a sec) to keep fighting, and to take a shower and get some help, and Meredith, who’s scared of being in love since the last time she told anyone she loved them, it was Derek, and he died. Then of course she never got a chance to explain that to DeLuca before he was put in handcuffs, which is just how this thing always goes, because no one can be happy for too long on Grey’s Anatomy.

The promo for next week’s episode shows that Bailey obviously knows DeLuca didn’t work alone, and she seems to suspect Mer’s involvement. Meredith has gotten away almost scot-free before when she committed crimes because she’s Meredith Grey the magical unicorn, but this one’s pretty serious in the eyes of the law.

Could she have not used some of what surely has to be a lot of money to pay for the girl’s surgery? Couldn’t they do a GoFundMe? Did Mer really have to commit a felony?

Then again, the last time someone was most assuredly going to jail on this show, they didn’t. They almost never do. So maybe DeLuca will be OK? We need this romance to keep happening, please!

Anyway we’ll see you next week to find out just how bad all of this is going to turn out. In the meantime, stay strong with us team #MerLuca.