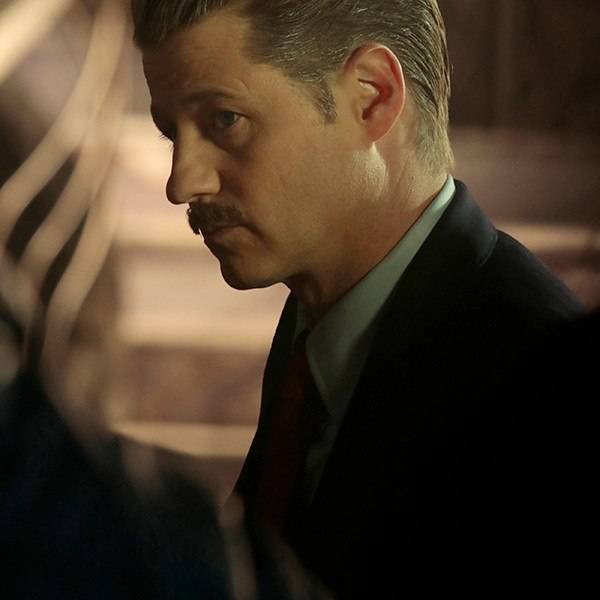 After seasons and seasons of waiting, Batman has officially arrived on Gotham, bringing an end to the lengthy origin story of the caped crusader and all his best villains pals. The series finale picked up 10 years after Bruce Wayne (David Mazouz) left Gotham, right before he was reportedly about to return, and right before one Oswald Cobblepot (Robin Lord Taylor) was about to be released from prison.

As Oswald got out and put together his soon-to-be iconic Penquin ensemble, Jim Gordon (Ben McKenzie) was investigating some mysterious figure flapping around the city and also trying to clear Harvey Bullock (Donal Logue) from being framed for murder, and then he had to save his daughter from J (can we call him the joker yet?), who dangled her over the same vat of acid that gave him his fun new face.

We did spend the hour wondering why Selina Kyle got recast to be 10 years older, but Bruce Wayne didn’t, but that was quickly answered. Bruce Wayne was barely in it! The only time we even saw his face was under the Batman cowl, and that was only in the final moments of the episode, meaning David Mazouz had a pretty easy gig for this episode.

The focus tonight was actually more on the non-Batman characters transforming into their final form. Oswald broke Ed (Cory Michael Smith) out of prison as well and led him back to being the Riddler. And Jeremiah (Cameron Monaghan), who no longer goes by Jeremiah after his acid-fueled rebirth, apparently spent 10 years pretending to be in a vegetative state before Jokering up with help from his nurse/dear friend Harley Quinn (who then appeared to die not long after).

Barbara Kean (Erin Richards) now has long red hair, and she and Catwoman/Selina Kyle (played in the finale by Lili Simmons) made quite the team, and Jim Gordon’s finally got his iconic mustache. Or at least he did, until everyone told him it looked silly (which it did) and he got rid of it.

While it was an hour filled with epic moments for Batman fans and those of us who’ve been waiting years to see all these origin stories finally get to the end, we can’t say we weren’t a little disappointed when Batman finally showed himself, and that was the end of the story. It felt like we could have watched a whole other hour of what happened next. Guess it’s fortunate for us that there are a whole bunch of Batman movies available to help us figure that out.

Vote in the poll below to share your thoughts on the finale!