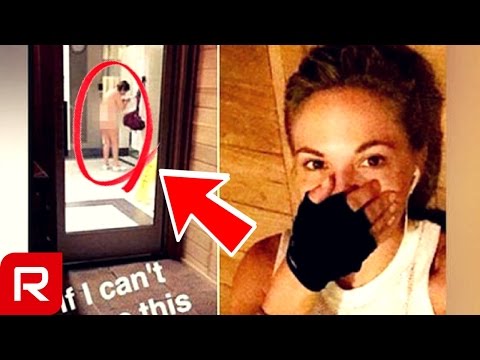 10 Biggest Celebrity Snapchat Fails Social media has made it easier for celebrities to stay relevant for many years Snapchat for example, became widely popular as it allows people to share tiny bits of their everyday life – including some of their most embarrassing moments

Laugh, cry, or get furious, here are the" 10 biggest celebrity Snapchat fails!" Waka Flocka Who can forget the snap of a little girl inside a dog cage, having asked if she wants to get out of jail? Rapper Waka Flocka enraged a lot of social media justice warriors, as he snapped this video online While he explained that he was only trying to play with her niece, it never stopped the negative responses coming from the public Farrah Abraham Teen Mom celebrity turned adult movie star, Farrah Abraham, just got a huge parenting advice from Snapchat as they’ve decided to ban her daughter from using the app It was reported that her now, 7-year old daughter is asking strangers for their numbers Instead of teaching her kid how she’s supposed to interact with people on the web, Farrah reinforced her daughter’s odd behavior by saying “if she wants messages, and she’s hyper, then good for her before bedtime”

Victoria Beckham Snapchats from celebrities are great, especially when something wrong happens Victoria Beckham and Eva Longoria for example, were having fun with Snapchat filters until they came across the “puppy filter” – this is where you stick your tongue out to enable the tongue lick animation of the filter The fashion designer kept on sticking her tongue out, but the animation wasn’t there She even asked – “Why isn’t it working?” Kaitlyn Bristowe How real are reality TV shows? Well, in case of “The Bachelorette” – not so much Thanks to Kaitlyn Bristowe’s Snapchat blunder, the fans of the show were left in complete shock as photos of her and Shawn Booth, a contestant of the show, circulated online a few weeks before the show’s season ended

It shows the couple having a good time in bed, which was supposedly meant for one the show’s producers Yeah, right! Dani Mathers Playboy Playmate Dani Mathers never got her reputation revived after this Snapchat fail, taken in a gym locker room She thought it was a good idea to take a photo of a nude woman, adding a line that says “if I can’t unsee this, then you can’t either” While the woman decided not to file charges against Dani, it seems that she’s not going to get away easily because of the charges filed by a Los Angeles City Attorney Serena Williams If you can’t twerk, don’t ever do it in public – too bad for Serena, her twerking skills were too substandard for social media

In fact, most people who saw her Snapchat video thought she was having some kind of seizure Well, we still love Serena, but someone should definitely tell her to leave twerking alone, for good! Usher Usher has been in the entertainment industry for quite a long time He’s popularity even grew larger as he became one of the celebrity coaches in “The Voice” While giving his followers a quick tour of his crib through Snapchat photos, he literally bared it all when he got into his sauna He tried his best to make the needlessly revealing photo a bit more pleasing to the public eye, but the emojis he used failed to cover everything

Now this is something you can’t unsee! Gigi Hadid Victoria’s Secret model Gigi Hadid received a lot of irate comments as she got captured in a Snapchat video that was taken by her then boyfriend, Cody Simpson It was all great when people noticed how she was bending down in front of the DJ booth, while placing her hand over her nose Lots of people made a speculation that she was snorting cocaine, which was of course, denied by the celebrity model She even denied the allegations through Twitter, saying that there’s not a single hint of coke on the counter Kylie Jenner The Kardashians isn’t really a family to be taken seriously – just look at how many memes and hilarious pictures are posted about them every day

In fact, some of these web posts were put up by themselves (we’re starting to think they’re doing it purpose!) Kylie Jenner for example, thought it was a great idea to use Snapchat to tell the world how “natural” her hair was, after having it bleached into white Nice try Kylie! Taylor Swift Ever since the “mic-grabbing” incident back in 2009, Kanye and Taylor have been throwing jabs at one another in social media Apologies were made, which were taken back after a few years, and then made up after a collab – heck, they even had a crazy plan to run for office in 2020 Just when it’s all going well, Kim Kardashian took a Snapchat of Kanye while talking to Taylor on the phone – he asked for permission to use lyrics that involves her, to which she approved

After a few days, Taylor accused Kanye of using her name without her consent, exposing her as someone who always plays the “victim” card Do you know any other celebrity Snapchat fail? Please let us know in the comments section below Don’t forget to like and subscribe!