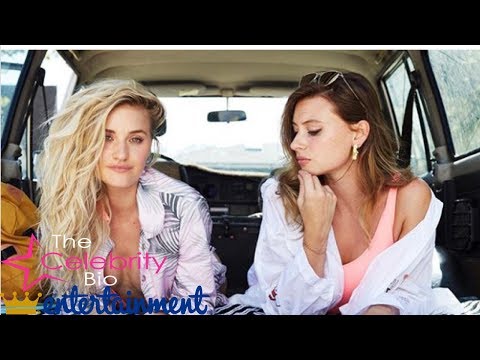 Good girls gone bad: Former Disney stars dare to bare in Playboy shoot The bombshell sisters rose to fame in the early 00s when they were signed to Disney Music Groups Hollywood Records With a string of hit songs and a loyal teen fanbase, Aly and her sibling AJ — real name Amanda Joy — became poster girls for the kid-friendly company

Since leaving the label in 2010, the starlets — now 28 and 26 — have crossed over into the acting world, with AJ enjoying a starring role on E4s 80s hit The Goldbergs They are now making a musical comeback, and theyre seemingly keen to distance themselves from their child star past In a daring move, the sister act have posed for a photoshoot in Playboy magazine And while the snaps are sultry rather than provocative, theyre still a far cry from the girls old Disney promo snaps Joining forces for one skin-baring shot, the girls can be seen posing in the back of a car

Letting her cleavage take centre stage, AJ flaunted an impressive boob spill in a plunging swimsuit Looking every inch the blonde bombshell, she had her flowing locks swept to one side Meanwhile, her older sister Aly donned a one-shouldered swimsuit, paired with an open white shirt Pushing the boundaries a little more, AJ posed solo in a teeny tiny crop top No doubt causing a heatwave of her own, she could be seen sucking on an ice lolly

Opening up to the magazine about their reasons for taking a break from the music scene, AJ revealed: We had experienced so much as kids and I kind of feel like we learned a lot about the industry that put a little bit of a bad taste in our mouth Something tells us the sisters loyal fans will be happy to have them back