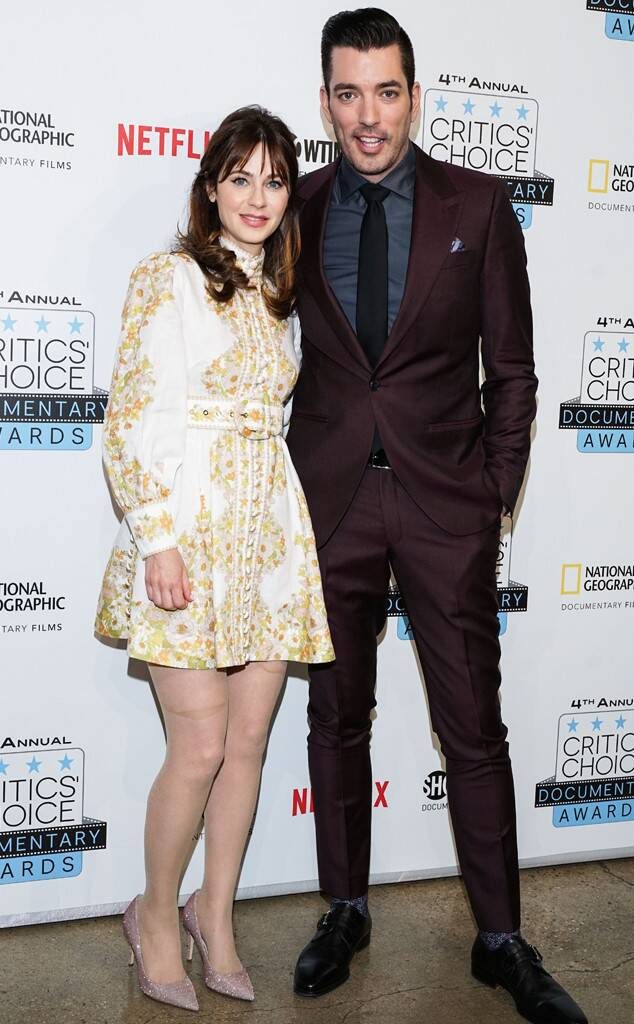 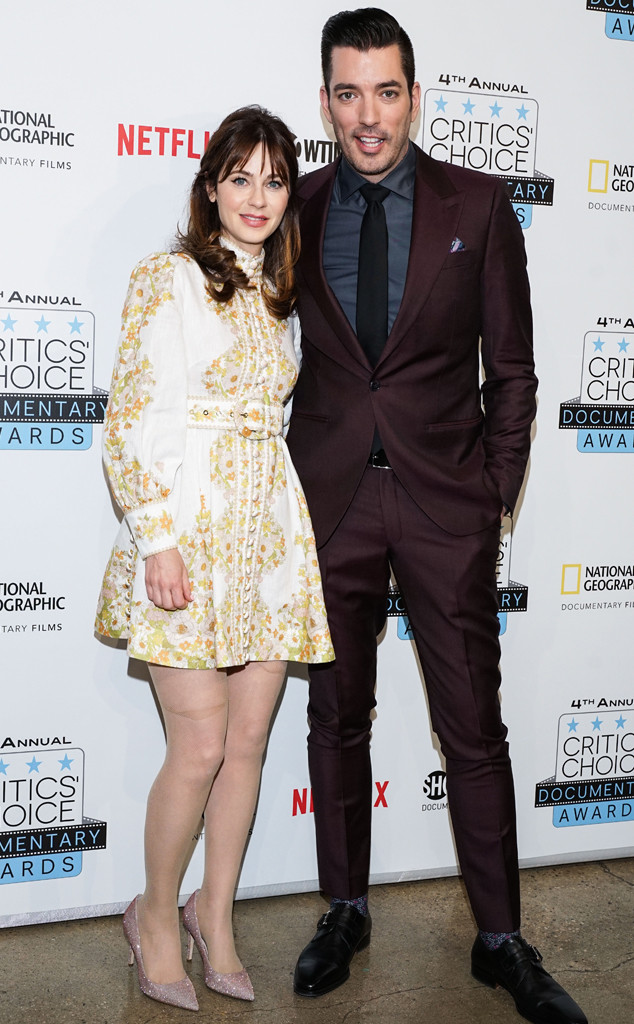 Zooey Deschanel took her romance with Property Brothers star Jonathan Scott to a new level on Sunday night. The pair, who first sparked dating rumors in September, put their blossoming relationship in the spotlight at the Critics’ Choice Documentary Awards in Brooklyn, New York.

That’s right, the two made their debut as a couple at the star-studded event and they certainly dressed to impress. For the special occasion, the New Girl star kept things classic and festive with her white and floral-adorned cocktail dress. Her vintage-inspired hairstyle, radiant makeup and shimmery pumps tied her effortless look together. The 41-year-old reality TV personality also shut down the red carpet with his dapper burgundy suit.

Aside from taking a new step in their romance, the awards ceremony also marked a special night for Zooey, according to her beau. “Yes, it is our first red carpet together because she is also a huge advocate for independent films and documentary films as well,” the HGTV star told People. “So, for us to come and be able to support this is very important.”

For the celebrity pair, this is one of their few romance milestones. Earlier this month, the two got all dressed up in a couple’s costume for Johnathan’s older brother’s wedding, J.D. Scott.

The 39-year-old actress suited up into a Catwoman costume while the 41-year-old reality TV personality went as Batman.

“It’s the first time I’ve ever been cat-woman escorted to a fancy dress party wedding by Batman,” Zooey wrote on Instagram, alongside a cute photo of their ensembles. “Only for the nuptials of @mrjdscott and @annaleebelle could I be so inspired! Congrats to these gorgeous and gracious love birds, I was overjoyed to celebrate such a happy union!”

Last month, the pair also made their romance Instagram official after having a fun double date night with Jonathan’s twin brother Drew Scott and his wife, Linda Phan. They enjoyed Universal Studios’ Halloween Horror Nights in Los Angeles and even shared an adorable group photo of their time in the theme park.

“Still processing how scared I was of these people dressed in spooky masks,” the New Girl star cheekily captioned her cute snapshot.

The couple’s new romance follows Zooey’s split with her longtime husband, Jacob Pechenik. The exes were together for nearly four years and share two kids together: Elise and Charlie.

They announced their separation in early September, after deciding they were “better off as friends, business partners and co-parents rather than life partners.”

“We remain committed to our business, our values and most of all our children,” the two shared in a joint statement to E! News at the time. “Thank you for respecting our privacy at this time.”