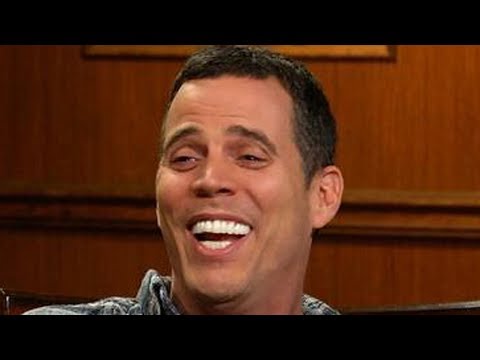 Celebrity interviews are generally light, fun, and informative, but every so often there are conversations so cringe-worthy they'll leave you squirming in your seat Whether the interviewer is purposely trying to push buttons, or the star is just over it, it's hard to look away when the cameras record these awkward interactions

From walkouts to verbal sparring matches, here are some celebrity interviews that cover the full gamut of cringe Kanye West In May 2018, Kanye went on TMZ Live to explain his new experiment with "free thought" During the chaotic, stream-of-consciousness interview, Kanye made a remark about slavery that was highly controversial – to say the absolute least "When you hear about slavery for 400 years – for 400 years? That sound like a choice Like, you was there for 400 years and it's all of y'all?" The statement was so outrageous, a TMZ staffer called Kanye out on the spot

"We have to deal with the marginalization that's come from the 400 years of slavery that you said for our people was a choice… I am unbelievably hurt by the fact that you have morphed into something, to me, that's not real" Joan Rivers When the late, legendary comedian Joan Rivers was promoting her book in 2014, a CNN interview went off the rails when Fredricka Whitfield repeatedly focused on Rivers' media controversies from the past "On the cover of your book you're wearing a fur, and you knew that there would probably be animal right activists-" "You know, this whole interview is becoming a defensive interview" "No!" Whitfield keeps pushing, but finally Rivers has enough "You know, I'm going

I really am going because all you've done is negative" When Whitfield, who later claimed she thought the whole thing was a joke, acts shocked that Rivers is upset, Rivers lets her have it "Stop it with 'and you do this' and 'you're mean' and 'you're that!' You are not the one to interview a person who does humor Sorry!" Steve-O In a September 2005 episode of Too Late with Adam Carolla, Carolla recognizes that his guest, Steve-O, is basically too hammered to function, and tries to calm him down "Steve has had a couple glasses of chardonnay-" "And I will tell you bitch! [bleeped]" Instead, Steve-O tries to tackle Carolla out of his chair, screams repeated obscenities, and smashes his foot through a glass coffee table, cutting himself in the process

"So, uh, we'll get security" [Grunting unintelligibly] It's actually pretty sad to watch, considering it's a public display of regrettable addict behavior, but thankfully, Steve-O has, as of March 2018, enjoyed a decade of sobriety Tommy Lee Jones During the promotional junket for Men in Black 3, Hollywood's favorite grump Tommy Lee Jones delivers an equal mix of outright contempt and confusion in an interview with film journalist Kevin McCarthy

"What is one character you know the best, and one character that is still mysterious to you over your career?" "My mind just cannot get around a question like that I don't know" McCarthy also asks Jones what advice he would give himself if he could go back in time to visit his younger self "I don't know I don't have a clue

" Even though Jones clearly doesn't roll with this line of questioning, McCarthy goes on to ask the actor which of his many film characters he would want to be in real life "I couldn't, I don't know, those characters are all imaginary and I want to be real" Billy Bob Thornton During their 2009 tour of Canada, Billy Bob Thornton's band The Boxmasters did an interview with Radio Q Beforehand, Thornton had asked that the band not be introduced by way of his acting career, so when the host mentions it right at the top of the interview, Thornton basically shuts off and turns into a moody teenager "What do you learn from Willie Nelson, Billy Bob?" "I've never met him

" "You guys don't really hang out on tour… you don't know what I mean?" "No" He seethes, sulks, and curses his way through every question "Did Willy choose you guys to come on tour with him?" "S—, I don't know" "Right, um, alright" And then he finally reveals why he's behaving this way

"Are you reacting to the fact that I said-" "Yeah, I am, I am Since you were instructed not to to talk about s— like that, yeah I am reacting to that, yeah" To cap off the interview, Thornton gives an insulting description of what it's like to perform for Canadian rock audiences

"It's mashed potatoes with no gravy, you know what I'm saying?" The interview went viral, and according to The Star, after an angry Toronto crowd rejected Thornton's attempt to explain himself, The Boxmasters cancelled their remaining Canadian tour dates Dr D None of the previous contentious interviews even come close to what happened between then-20/20 reporter John Stossel and former WWF wrestler Dave "Dr D" Schultz After a clearly agitated Schultz answers a few questions, Stossel tells Schultz that he thinks pro wrestling is fake

"You think it's fake? What's that, Is that fake? Huh? What the hell's wrong with you, that's an open hand slap Huh? You think it's fake?" Stossel later claimed he had permanent ear damage from the assault According to The New York Times, Schultz was fined and suspended by the New York State Athletic Commission Stossel was supposedly paid a $425,000 settlement Thanks for watching! Click the Nicki Swift icon to subscribe to our YouTube channel