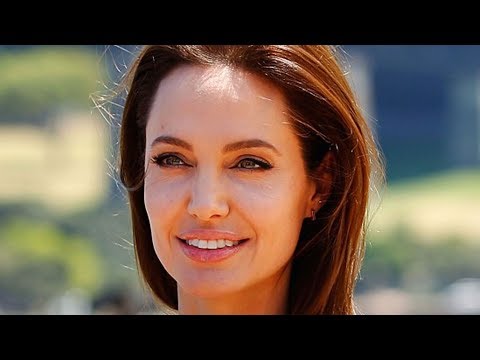 Hollywood's hottest celebs may be picture perfect, but sometimes their olfactory impact can be much less appealing than their looks Fame and fortune might lead to nice homes, fast access to top-notch surgeons and personal trainers to keep up their looks, but when it comes to halitosis, their battles are just as real as anyone's

You may shudder to think of your favorite star or starlet as offending everyone around them every time they talk, but it turns out certain celebrities are known for their funky breath Here are some celebrities you might not want to have a close encounter with after all Ben Affleck Forget Kryptonite Word on the street is that Ben Affleck only needed to open his mouth and breathe on the Man of Steel to deliver the fatal blow in Batman Versus Superman: Dawn of Justice "He has the power to wipe out the entire human race

" Rumors of Affleck's halitosis problems have been around for years, apparently dating back to Forces of Nature co-star Sandra Bullock, who allegedly complained about the leading man's bad breath Multiple female co-stars have complained of Affleck's bad breath over the years, but even so, Affleck seems to have no trouble courting women to share a smooch with him on-screen Jennifer Lawrence It's no secret that Jennifer Lawrence is a notorious prankster, so when her Hunger Games co-star Liam Hemsworth revealed that she brought the funk to their romantic scenes, it was pretty obvious that she did it on purpose "She's one of my best friends I love her

But if we had a kissing scene, she made it a point of eating garlic or tuna fish, or…" That certainly puts a damper on all those Team Gale smooches, but we'll just have to assume that when Lawrence isn't making her co-stars weep over her eating habits she keeps her mouth clean and pristine Britney Spears The Princess of Pop has also been accused of being less than minty fresh, and some suspect her fad diet to prep for her turn on X Factor may have factored into it Spears slimmed down in anticipation of the show by taking in a mere 600 calories a day, and experts speculate that her weight loss effort might've had a negative impact on her mouth in more ways than one "I feel uncomfortable with you even staring at me" While Britney Spears may have felt the slim waistline was worth it, those around her seemed to suffer the consequences

One source even told PopCrush her breath would be smelly again within twenty minutes of brushing her teeth Lamar Odom Khloe Kardashian's family might have loved Lamar Odom while he was still happily married to the reality star, but sis Kim Kardashian made no secret about the fact that his oral odor offended them "Khloe, I almost throw up in my mouth everytime I give him a hug" Ultimately, the revelation lead to her forcing her brother-in-law to get some much-needed dental work done and extract the decayed tooth that was stinking up the joint Jason Segel How I Met Your Mother star Jason Segel's bad breath was an unfortunate side effect caused by his addiction to smoking, and his on-screen love interest in the hit CBS comedy made him kick the habit before she would go anywhere near him

He later admitted, "[Alyson Hannigan] left me with no other option So I quit the day we started working, and I haven't had a cigarette since" In addition to his overall health, Jason Segel's breath improved dramatically Johnny Depp Despite being a heartthrob for decades, Johnny Depp seems to have no love for personal hygiene, and bad breath rumors have plagued him over the years as a result Johnny Depp came to his own defense in February 2016, saying, "When I met people they said, 'You do look like a hobo, but you smell really good

' And goddamn it, I smell really good!" Angelina Jolie She may be one of the most beautiful women in Hollywood, but apparently A-lister Angelina Jolie's breath is anything but dazzling Her now-estranged husband Brad Pitt once reportedly gave her breath mints as a Valentine's Day present as an inside-joke, as Brad Pitt repeatedly teased Jolie about having terrible breath "Ungh, but yeah, yeah…" Jessica Simpson Not only did Jessica Simpson confuse tuna and chicken, but apparently the blonde bombshell has also failed to grasp the importance of regularly brushing her teeth "You don't brush your teeth?" "Ugh Well

Not all the time" "Maybe three times a week" Apparently, she really hates that "slippery" feeling that teeth get when they're super clean, so instead of routine brushing, she gets by with a combination of Listerine and daily flossing Simpson also chews on Nicorette gum, despite being a non-smoker Hugh Grant The Academy Awards are supposed to be the biggest night in Hollywood, the one night stars are supposed to look — and smell — their very best

Thanks for watching! Click the Nicki Swift icon to subscribe to our YouTube channel Plus check out all this cool stuff we know you'll love, too!