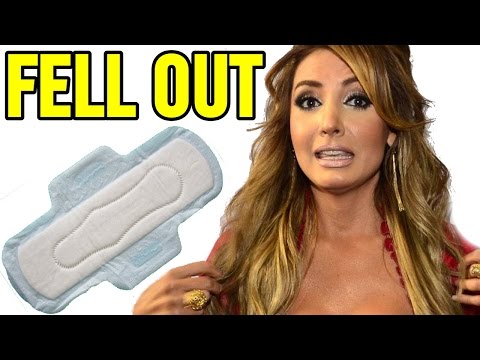 And this year's winner was announced as the stunning Miss Colombia As she was celebrating her win with the crown and flowers, something was a miss on stage Host Steve Harvey was seen speaking to people off stage It soon became apparent something was very wrong with the pageant As Harvey explained, the card he had read from was very misleading and he had actually announced the wrong winner The crown was taken from Miss Colombia's head and swiftly passed over to the real winner, Miss Philippines

It made the room feel very awkward to say the least It made for an extremely emotional rollercoaster for everyone involved and it won't be something Steve Harvey is allowed to forget for a while 9 Forever miserable self loving rapper Kanye West is no real stranger to the lime light, in fact he'll pop up later on again, but this was probably the most high profile incident of his at the time At the 2009 VMA's Taylor Swift was announced as the winner of the Best Female Video As she was on stage giving her acceptance speech, who should appear form the crowd But motor mouth Kanye West

Obviously he wasn't happy with her winning the award he felt should have went To Beyonce for her Single Ladies video And he let everyone watching know about it He harped on about letting Swift finish but how he believed Beyonce had one of the greatest videos of all time Nobody really cared or liked him for it, showing his ignorant and rude side to all 8 In the English football system, there are specific windows transfers can be made, and January is one of them

Come January 31st there is a furore of activity As clubs from all over clamber to make last minute signings that might help them survive This means the poor saps who cover the action get sent to every club's ground waiting on news and with it, the fans flock to get on camera During the 2015 January window, one unsuspecting reporter was about to get more than a whisper in his ear As he was attacked by a large sex toy in his ear Needless to say channels don't send reporters to grounds any more 7

Patricia Navidad is a Mexican singer and actress and has toured and performed all over the country and the world She is also an actor, so is no stranger to having strains and stressful situations to deal with But it was on a Mexican morning tv show where she suffered her most embarrassing career moment to date As she performed, her sanitary towel fell out It lay on the ground during the whole performance and nobody knew if she actually knew Like a true professional she finished the performance and received her ovation 6 As a TV progessional you understand when doing a live interview that you need to do your best to get something from your subject, otherwise its just boring Leyla Santiago works for WRAL News and was tasked for a piece to chat to music legend Harry Belafonte

The problem was when they cut live to him, he was asleep* The segment was cut pretty quickly and the station now had an empty slot to fill 5 Miley Cyrus spent most of her career acting as teen girly girl Hannah Montana She was a wholesome and good natured character who wouldn't do anything wrong Then in 2014 she suddenly started wearing belts and space boots with dreadlocks in her hair Or even dressed as a colourful beach towel

This was during her time hosting the 2015 MTV Awards and she has been a bit weird since Some say her tongue hasn't gone back in her mouth since this But it was her performance with Robin Thicke that night which turned most heads as she spent most of the performance gyrating and acting all round mental during the song It was spoke about for all the wrong reasons and it wont be long before she realises how ugly it actually was 4To most, it feels like Madonna has been on our screens forever, well it is nearly 40 years when you think about it

So in 2015 at the Brit awards, it could be asked why she was once again acting and dancing around stage like she was 21 again During her bullfighting routine, which involved the use of a huge cape wrapped around her shoulders One of the clips stayed shut around her and as a dancer ran off as part of the choreography, down she came She hit the ground with a bump as her 10" ridiculous heels just didnt give her any grip She managed to finish her song but was left red cheeked at both ends 3 Vince McMahon is the owner and often on screen presence of the WWE Over the many years he has had some downright strange storylines But he has also had a lot of ring time

He is no stranger to taking on the pro's So at the 2005 Royal Rumble, during a bit where he came down to the ring to sort out a referee ruling that had gone awry he made a sprint for the ring and slid under the rope, as he went to get up he collapsed back down and there he sat, because he'd gone and tored both his calf muscles and couldn't get up Everybody thought it was weird as hell Hurricane Katrina was devestating to the city of New Orleans It left millions of Americans ruined, both emotionally and financially, and the place has not fully recovered to this very date It was so bad the military were draft in to help aid the residents of many areas temporary shelter was set up in stadiums and hundreds were left there for weeks Resident singer harry connick jr organised a massive concert, showcasing some of the biggest stars of the world, in order to fund raise for those affected It contained some huge names like Rolling Stones, Bruce Springsteen and Paul McCartney And, as promised, it featured Kanye West

The relief effort was subsidised with a tv marathon to raise cash and during one bit, West and comedian Mike Myers were discussing the actions when West let out his true feelings He said "I hate the way they portray us in the media You see a black family, it says, 'They're looting' You see a white family, it says, 'They're looking for food' I mean, the Red Cross is doing everything they can

We already realize a lot of people that could help are at war right now, fighting another way—and they've given them permission to go down and shoot us! Mike Myers did his best to remain on script before it was back to Kanye where he dropped this bombshell George Bush doesn't care about black people There was a massive air of awkwardness and his mic was silenced 1 The superbowl is the most televised event across the entire world, gathering 80 million viewers on average It's the final contest between that season's best nfl teams from both east and west

And its argued that the half time show is just as anticipated as the game itself With global superstars such as katy perry, beyonce, coldplay, bruno mars, and the rolling stones all having performed in spectacular performances Perhaps the most embarrassing though, was when justin timerbake appeared alongside janet jackson During their performance things got heated and in a moment of weirdness timberlake flipped down her jacket to expose jacksons breast Her nipple was covered by a silver star so it was all scripted but it was just utterly bizarre and pointless It's the biggest fail we could think of recent history on tv