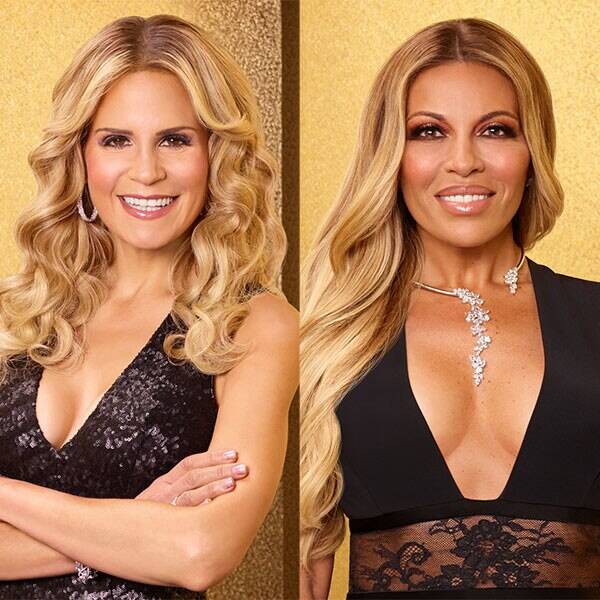 The ladies from the Garden State head to Jamaica in the Wednesday, Nov. 27 episode of The Real Housewives of New Jersey, and along with the rum flowing steadily, so is the drama.

In the below exclusive sneak peek, everybody’s at dinner (after a rum tasting) and the loaded questions start flying. It all starts when they start talking about kids, specifically does Dolores Catania want to have kids with her boyfriend David? He already has four, she already has two, so they’re probably set there. But the questions keep flying. Why didn’t David go to Melissa Gorga‘s birthday party? As Dolores previously said, he was working.

“I wanted to meet him,” Jackie Goldschneider says.

David and Dolores have been together for years, and no, she doesn’t feel like she should be engaged already, Jackie.

“Absolutely not,” Dolores says. “No.”

“I am so confused. I’ve been hearing her now for about two years saying she wants a commitment from David. Is this even like a real relationship?” Melissa says in a confessional.

“I got this, girls. Thanks for caring, but I got this,” Dolores says in a confessional.

Still, Jackie wants her to end up with David because she feels like he’d like her more than Frank Catania, Dolores’ ex-husband, does. Apparently, Frank made some comments about Jackie being a female lawyer and always wanting to have the last word. Dolores says Jackie is taking it too personally…until Jennifer Aydin tells her this: “Honestly, she said today she just doesn’t consider you like a friend.”

See how it unfolds above.