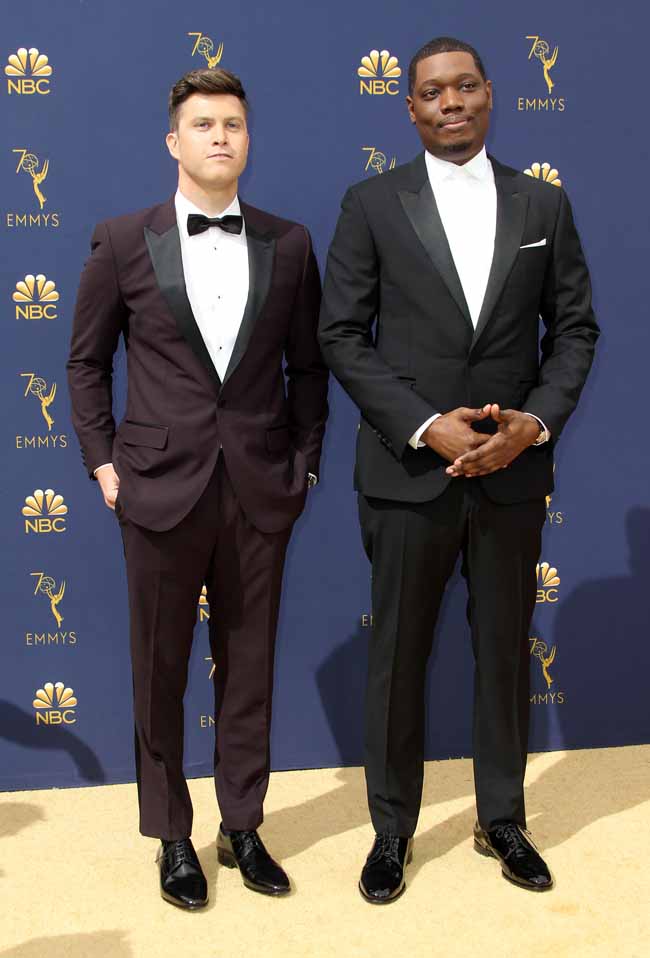 The Emmys aren’t afraid to go there!

Related: Chrissy Teigen Fell Down The Stairs Right Before The Emmys!

Wink, wink… there is STILL more work to be done!

After the bit, Saturday Night Live “Weekend Update” co-anchors Colin Jost and Michael Che do their monologue where they address everything from declining Emmy viewership (“We’d like to thank the thousands of you sitting here tonight, and the hundreds watching.”), to the #MeToo/Time’s Up movements (“Sir, Ronan Farrow is on line 1.”), to the future of television (“I think we can keep television going for another 5, 6 years tops.”).