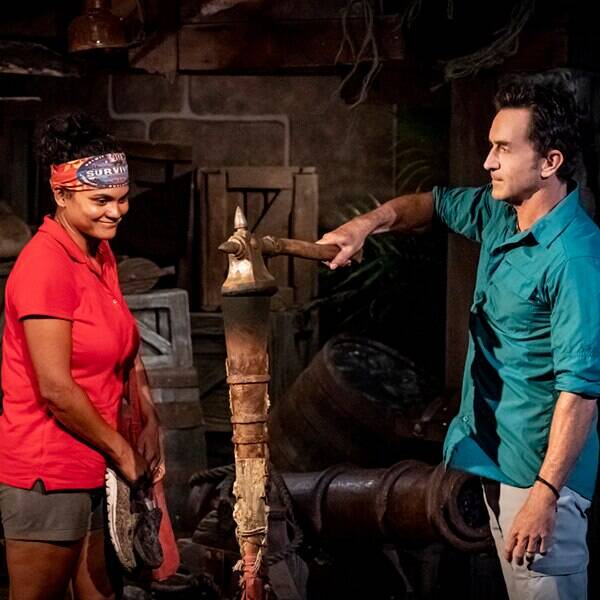 Sandra Diaz-Twine is not about to sit through endless Survivor challenges on the Edge of Extinction.

The only two-time winner in the show’s history is known for skating by by sitting out of challenges, so when she was voted out in last week’s episode and sent to the Edge of Extinction, she decided not to stay.

At the start of tonight’s episode, she announced to fellow Extinction residents Rob, Amber, Ethan, Parvati, Natalie, Tyson, and Danni that she wasn’t about to stick around and deal with all the physical difficulty of Extinction, and she sailed away from the game for good.

“I feel like I can’t do anything else, you know?” she said. “Like, my time here is done and I’ve done everything that I can possibly do in the world and in the game of Survivor, and I don’t need to do anything else but move on.”

“I have no interest in running up the mountain for a little scoop of rice, sleeping in a raggedy shelter, being bitten by rats,” she told the camera. “I don’t want to deal with it. I’m not very good at the challenges. Everybody knows that. So I feel I would be wasting my time just for an opportunity to go back into the game, which I’m not gonna succeed at. I got voted out, and now it’s time for me to go.”

I’ve gained a lot because of Survivor,” she continued. “It has changed my life. It’s given me opportunities that I might not otherwise have had. I’m happy to go into retirement and know that I did the best I could with what I had. At the end of the day, I’m still the queen, and I’ll always stay the queen.”

Sandra was voted out last week after she gave Denise her idol, and then Denise used that idol to control the game and vote Sandra out, and she ended up having to defend herself after she told that story to her fellow major players who had also been voted out.

“At the end of the day, I’m still human, just like everybody else,” she said.

Back on the regular beaches, it was an idol frenzy while Michele and Wendell’s situation as exes got so awkward it was almost hard to watch. It made it seem pretty clear that Wendell was the one who was getting voted off, but then Nick started fearing how powerful Yul was, and even Michele’s plans changed.

Yul also didn’t help himself by talking everyone’s ear off at Tribal, and his fate was sealed, taking the last old school player out of the game, for now.

Survivor: Winners at War airs Wednesdays at 8 p.m. on CBS.