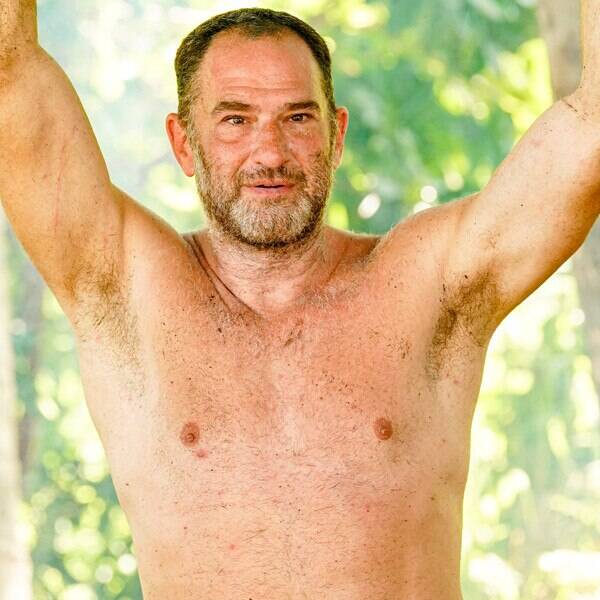 In tonight’s episode of Survivor: Island of the Idols, a player was removed from the game for the first time in the show’s history.

At the very end of the episode, right after tribal council, we saw Jeff Probst approach the camp, which is a rarity in itself. He announced to remaining players Lauren Beck, Janet Carbin, Dean Kowalski, Noura Salman, and Tommy Sheehan that Dan Spilo had been removed from the game.

“I just spoke privately with Dan, and i want to update you guys. A decision has been made, and Dan will not be returning to the game. He won’t be coming back to camp, he won’t be on the jury, he’s gone,” he said.

A message on screen then read: “Dan was removed from the game after a report of another incident, which happened off-camera and did not involve a player.”

Dan was involved in a controversial episode earlier on in the season when contestant Kellee Kim accused him of inappropriate touching to her fellow tribemates. Tribemates Missy Byrd and Elizabeth Beisel then made up their own complaints to manipulate other players to vote out Dan, and it became a giant mess, forcing viewers and players alike to ask questions about how far this game should go.

Kellee had issues with Dan from the very first episode, and Dan was warned for his behavior on day 22. Kellee ended up being voted out on day 22 instead of Dan. Missy and Elizabeth soon followed, and all three are now on the jury.

As Jeff said, Dan’s removal means he will not serve on the jury for the final tribal councils.

This news comes around the same time as news of a change in the way the show’s finale will work. EW reports that Instead of taping live next Wednesday at 8 p.m. ET, the present-day portions of the finale and reunion show will be taped earlier in the day, and will then air during the show’s normal timeslot.

EW says that per a source, “the change was made due to the sensitive nature of the material this season,” in order to make players feel comfortable discussing what happened during the season.

In an interview with EW, Jeff Probst explained that we will likely not be getting any further information about why Dan was removed.

“I’ve endeavored to be as forthcoming as possible with you regarding everything that has happened this season. In this situation, out of respect for privacy and confidentiality, I can’t say anymore,” he said.

As for how he, the production team, and the network decided it was time for Dan to leave, Jeff said there was a lot of time spent discussing the season with various departments.

“It has been an unprecedented season,” he said. “Complex social issues were woven into the game in a way we have never seen before. With our contestants’ welfare at the forefront, we have spent a lot of time discussing every layer of the situation with human resources, diversity and inclusion representatives, show therapists, lawyers, publicists, and standards and practices. We all worked diligently throughout the entire process to make the right decisions and portray an accurate depiction of what took place. We have learned a lot and it will inform our process moving forward.”

Jeff said Dan “was not happy” when they first informed him of the decision, but eventually he accepted it.

“We talked through everything for quite a while and by the time he got on the boat to leave he had calmed down and was actually very respectful as he departed,” Jeff said.

My thoughts on tonight’s episode of @survivorcbs and Dan Spilo’s removal for another incident of inappropriate touching. #Survivor39 pic.twitter.com/nfo9Q5ojLP

“Tonight on CBS Survivor, Dan Spilo was kicked off the show for, once again, inappropriate touching. While Dan’s dismissal has validated the concerns that I raised from the beginning of this season, I wish that no one else had to be subjected to this type of behavior,” she wrote. “CBS and Survivor were on notice of Dan’s behavior from the very first days of the game. And, as Survivor fans know, shortly after I spoke up on camera, I was voted off the show. Since then, I’ve accepted genuine heartfelt apologies from fellow castaways, but I’ve continued to feel disappointed by how this pattern of behavior was allowed to occur for so long.”

“While I wish many things had gone differently, I’m glad that my decision to speak up made a difference. What is most important to me now is how all of us—CBS, Survivor, other organizations, and all of us as individuals—decide to learn from this story and commit to take action,” she continued. “Lastly, I am grateful to the many people who have reached out to me over the last few weeks to share their own stories and messages of solidarity. These messages, of feeling supported and believed, have been an incredible gift. Thank you.”

Survivor‘s season finale will air next Wednesday at 8 p.m. on CBS.