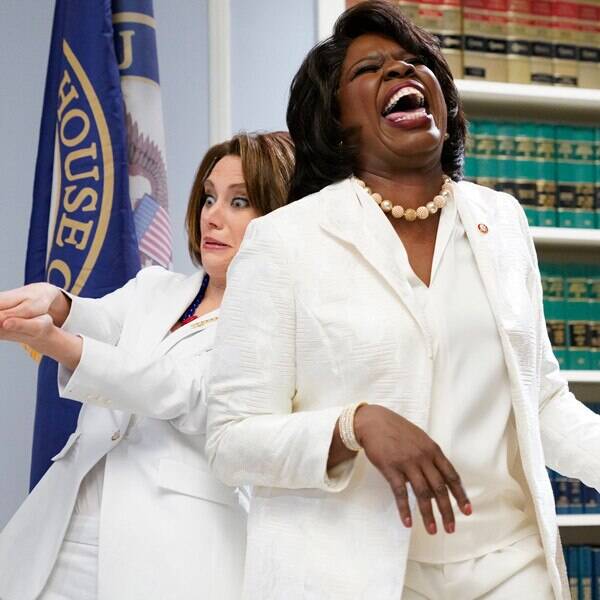 Saturday Night Live will be down at least one cast member when the long-running series returns for season 45 in September. Leslie Jones will not return, according to reports. However, Emmy winner Kate McKinnon will be back on the series after signing a new deal, according to The Hollywood Reporter.

Jones joined the cast in 2014 after originally coming on board as a writer. She was nominated for an Emmy for her performances in 2017 and 2018 and in 2019 for Outstanding Original Music and Lyrics.

McKinnon’s traditional seven-season contract was up after season 44.

According to THR, Jones opted to exit the NBC sketch comedy series to focus on her upcoming Netflix standup special and big screen roles. Both Jones and McKinnon starred in Ghostbusters. Jones has a role in the Coming to America sequel and The Angry Birds Movie 2. She has two projects in the works not, I Am Maurice and Queenpins.

McKinnon won Emmys for SNL and has quite the active career in film. She recently had roles in Yesterday and The Spy Who Dumped Me, and up next is Bombshell and The Lunch Witch. She’s also working on a miniseries about Elizabeth Holmes called The Dropout.

Harrelson kicks the season off on Saturday, Sept. 28 with musical guest Billie Eillish.