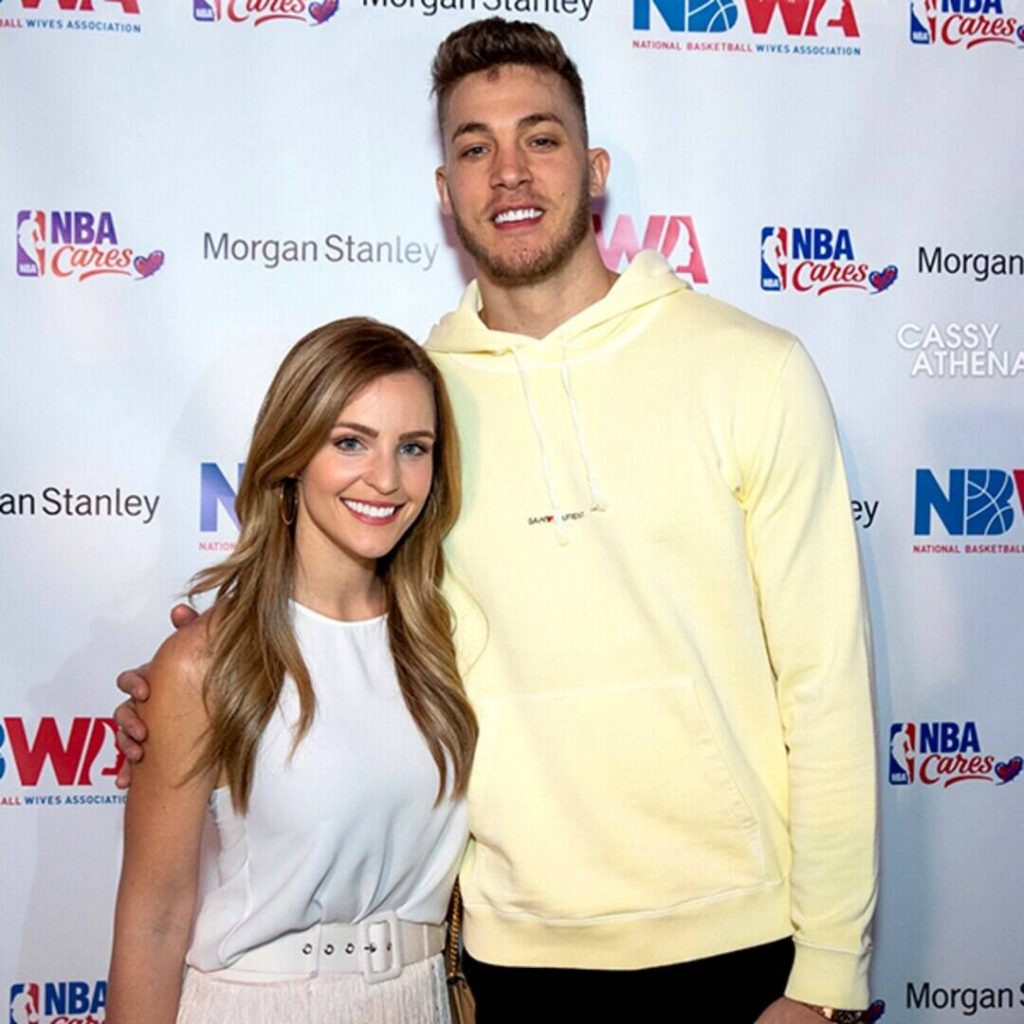 Of course, she’s well aware of precisely what’s absent: Her partner in life—and impossibly endearing social media content. (Seriously, they’re adorable: Check out this montage set to the Full House opener or this Shaggy tribute featuring pup Koko.) Elle’s playful feed was a journey some eight years in the making, the then-20-year-old advertising major nervous about presenting herself in the public eye when Meyers first entered the league. “You’re very reluctant you don’t want to step on anyone’s toes at first,” she explained, “and eventually you realize, like, being so, let’s say, ‘Instagram perfect’ or having the most beautiful feed is the most empty feeling, and actually just being able to be goofy and yourself, it’s effortless almost.”

Because for all their Barbie-and-Ken good looks and undeniable athletic skills, Elle insists she and Meyers are more quirky than perfectly filtered. “He’s a goofball,” she described. “I think a lot of our playfulness is really just me, in the most endearing way possible, making fun of him. He’s goofy and then I’m goofy which brings out this, like, super-weird-but-we’re-okay-with-sharing-it goofiness. It just results in a lot of laughs.”

And they’re happy to share that lightness with their combined 373,000 Instagram followers. “It’s not forced, it’s enjoyable, and I don’t think people realize that social media can actually be fun,” she noted. “You know, people feel pressure from it. And the second we have pressure, we’re living in overdrive. We have enough pressure. If you’re going to share something it should be something that makes you smile and laugh and it’s okay to be you. You should be you.”