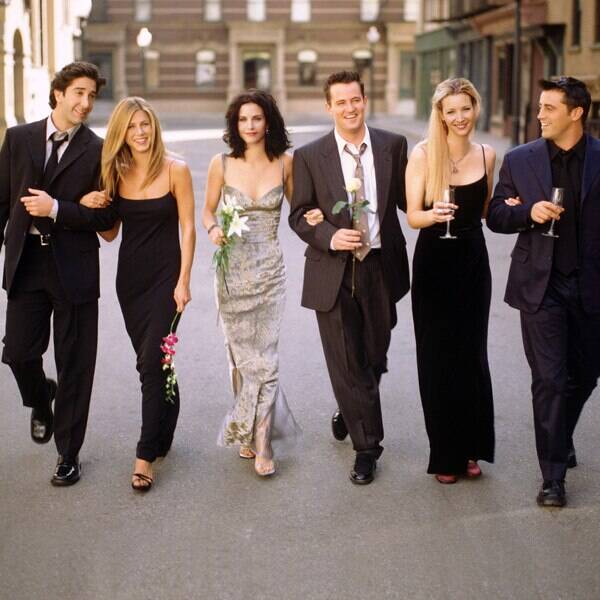 It’s been 15 years since Friends went off the air and the whole cast—Courteney Cox, Jennifer Aniston, Lisa Kudrow, Matthew Perry, David Schwimmer and Matt LeBlanc—has yet to reunite on camera. The closest viewers got was in 2016 for a TV special honoring sitcom director James Burrows. But that might change.

Aniston alluded to some kind of reunion, just not a reboot or revival, while on The Ellen DeGeneres Show. And as later reported by The Hollywood Reporter, some type of reunion special is in the works at HBO Max, the new streaming platform from WarnerMedia that will also be home to all 10 seasons of Friends.

Robert Greenblatt, chairman of WarnerMedia Entertainment and direct-to-consumer services, confirmed something is still in the works—and it could be big.

“I got [the cast] to do the James Burrows tribute special when I was at NBC. And all I will say is, ‘We’re talking about it.’ We’ve been drilling down on what it could be and trying to see if everybody’s really on board and interested. And if so, can we make the right deals for everybody. We’re starting it as a special,” Greenblatt told THR. “It’s possible there could be something ongoing, but it would be in steps. We’re far from that.”

An ongoing Friends reunion? The internet isn’t ready for that.

While on The Ellen DeGeneres Show promoting her return to TV with The Morning Show, Aniston said, “Listen we would love for there to be something, but we don’t know what that something is. So, we’re just trying. We’re working on something.”

The cast and the creators have maintained there will never be a revival of the series.

“There are several reasons. One, the show is about a time in your life when your friends are your family. It’s not that time anymore. All we’d be doing is putting those six actors back together, but the heart of the show would be gone. Two, I don’t know what good it does us. The show is doing just fine, people love it. [A reunion] could only disappoint. ‘The One Where Everyone’s Disappointed,'” series co-creator Marta Kauffman told Rolling Stone.