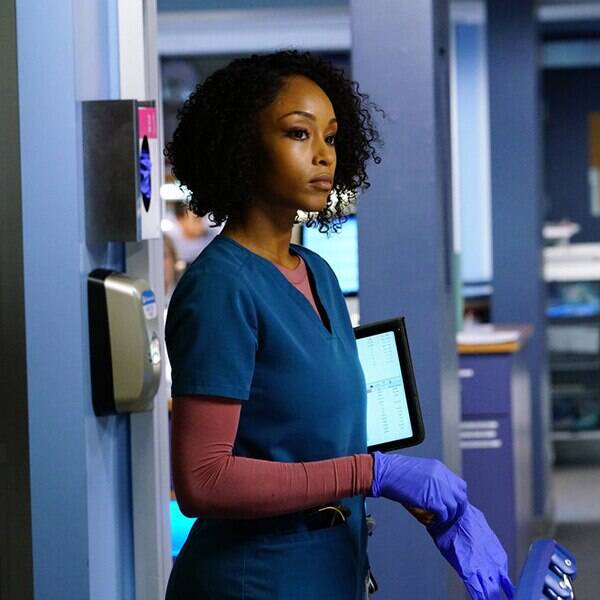 Never a dull moment in Chicago!

Because there’s always some serious drama happening in the world of Chicago Med, Chicago PD, and Chicago Fire, we got as many cast members as we could find during NBC’s TV Critics Association press tour day to spill on what’s happening, and naturally, there’s a whole lot of talk about kisses. Specifically, there’s that kiss between April (Yaya DaCosta) and Marcel (Dominic Rains) that happened while Ethan (Brian Tee) was deployed.

April and Ethan are now engaged, but this is a TV show, so naturally that secret kiss is going to come out somehow.

“It can’t remain a secret forever,” DaCosta told us. “But how it comes out will make all the difference.”

April will also now be undergoing IVF, which is a drama in and of itself, with the medical cases to deal with on top of that.

On Chicago Fire, Jesse Spencer says the show will continue to build up the friendship between Casey and Brett “quite nicely” as the slowburn keeps burning, though Brett now has to deal with the return of her birth mother. Both Casey and Brett are sort of healing and don’t want to jump into anything, but “there’s a definite attraction there.”

And over on Chicago PD, Patrick Flueger says Adam and Kim are trying to work things out over her pregnancy, which she may or may not want him to be a part of.

Hit play above to hear from the stars about the relationship drama at hand, as well as a tidbit or two about the next crossover, which will feature Fire and PD working together on an overdose case. That crossover will also feature the return of PD’s Brian Geraghty.

E! and NBC are both part of the NBC Universal families.

A $60,000 Budget Might Be a Deal-Breaker for This Difficult Client on Backyard Envy

What You Need To Know About Taskmaster, Your New Favorite Show