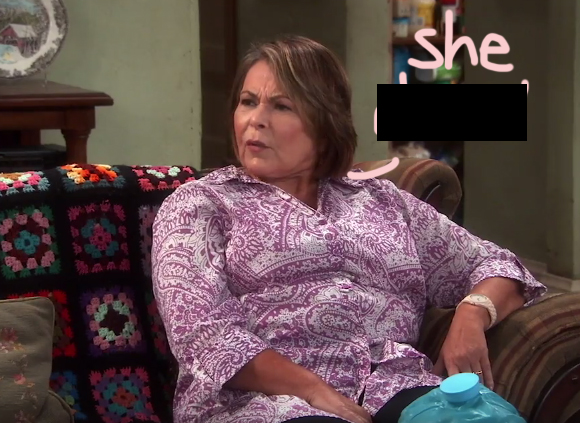 Roseanne tweets out racism and ludicrous right wing conspiracy theories; did you really think she was above spoilers?

ABC has not yet come out and said how the previously eponymous Roseanne Conner leaves The Conners, but Roseanne is confirming what many suspected.

During an interview on conservative YouTube show The Unsilent Majority over the weekend, the controversial comic revealed:

“Oh yeah, they killed her. They have her die of an opioid overdose.”

She went on to say the opioid addiction storyline in the previous season had actually been her idea, based on her own knee injury and pain pill scare.

But to have her once beloved character die that way added insult to injury for her:

“I wanted to show [opioid struggle] in the show. But I was never going to have Roseanne die of an opioid overdose. It’s so cynical and horrible. She should have died as a hero or not at all… It wasn’t enough to [fire me], they had to so cruelly insult the people who loved that family and that show.”

It is sad, but honestly what did she expect?

For the writers to have her dive in front of a bullet meant for Trump while he was saving children from a pizzeria?

At least this way some good comes of the whole mess — opioid addiction ends this way for far too many real families, and it’s not something that would have been shown otherwise.

What do YOU think of this exit?