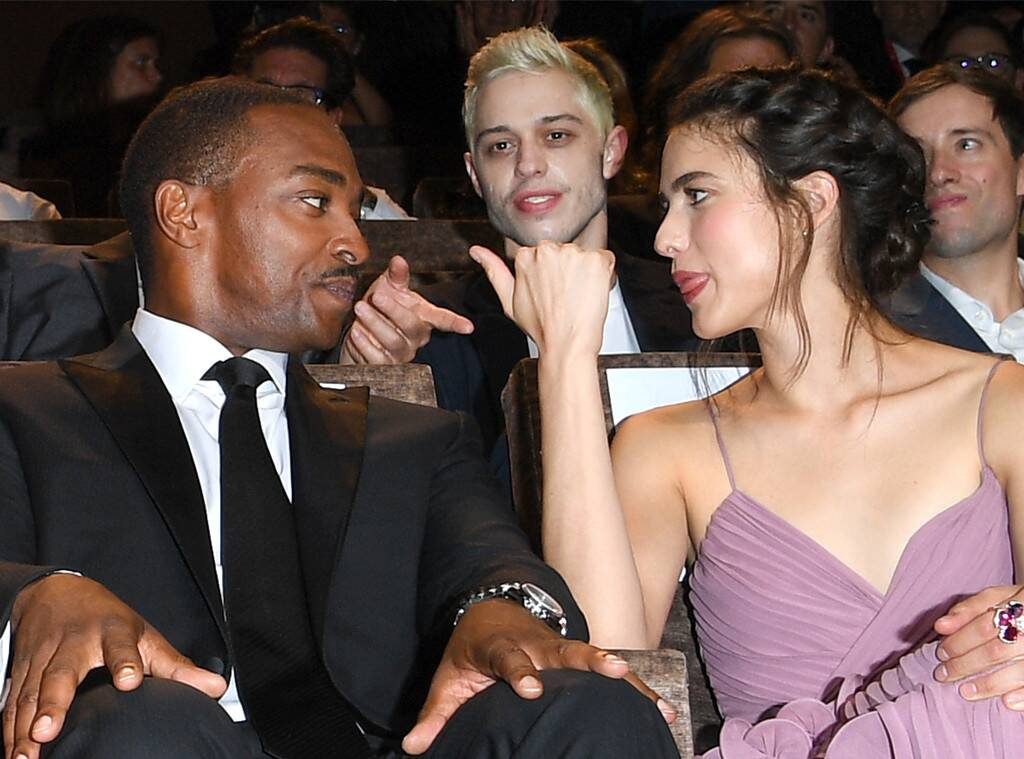 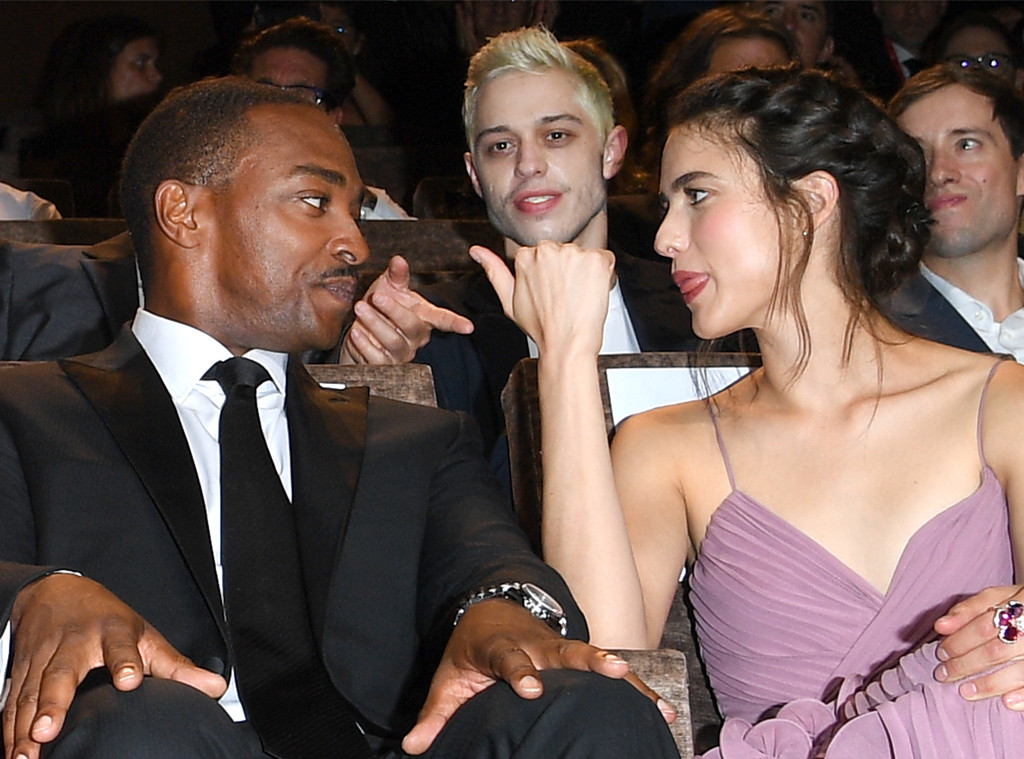 The Saturday Night Live star was spotted supporting rumored girlfriend Margaret Qualley at the premiere of her new film, Seberg, at the 2019 Venice Film Festival in Italy on Friday. Though Davidson, 25, skipped out on walking the red carpet, photographers snapped the comedian seated right behind Qualley, 24, following the screening.

Davidson, who dressed up for the occasion in a black blazer and white T-shirt, was all smiles as his possible new love interest stood up to receive a round of applause from fellow attendees. Qualley wore a blush pink gown by Prada.

One day ago, the two were spotted arriving at Venice’s Marco Polo Airport. An eyewitness said the pair definitely looked like a couple and were seen laughing and chatting together. Although, the observer noted there wasn’t any excessive PDA. The duo grabbed their bags and stopped to speak to a few fans before heading off in the same car.

A recent report claimed the two are dating. Neither the SNL cast member nor the Once Upon a Time in Hollywood actress have commented on the romance rumors. However, the joint appearance definitely fueled any speculation.

Last summer, Davidson was engaged to Ariana Grande. However, the two ended their whirlwind romance just a few months later. The comedian was then romantically linked to Kate Beckinsale at the beginning of the year. A source told E! News the pair was keeping things “casual.” However, an insider revealed the relationship “ran its course” after a couple of months.