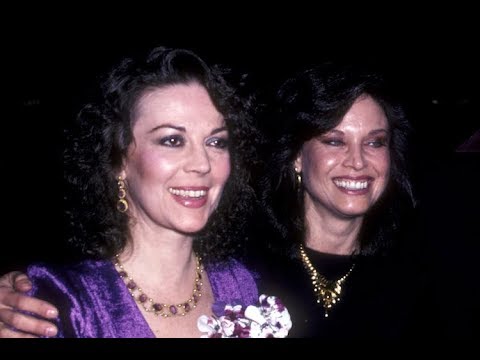 “We chatted superficially for a couple minutes,” Lana, 72, told Fatal Voyage of an unsettling phone conversation she had with Hollywood exec Rowland Perkins shortly after Natalie’s death on November 28, 1981 Perkins, who died recently at 84, was one of the founding members of CAA, one of Hollywood’s largest and most powerful talent agencies “He said, ‘I’m going to tell you something, and I’m going to tell you this because I really like you as a person,’” Lana continued “He said, ‘Stop trying to get a job in production or acting You’ve been blacklisted by Robert Wagner

'” “Couldn’t get a job, and didn’t have an acting agent anymore, because I had hung that up to go into production, which I loved” This is the first time Lana has ever opened up about how her career in Hollywood abruptly ended She told Fatal Voyage she soon found herself as a sales girl at a furniture store, and working other odd jobs “I worked at a doll shop and collectibles in sales and opened it and closed the store for them I worked at Sprint

I did a lot of things,” she said To that point, she’d built a promising Tinseltown career, including a blockbuster role opposite Sean Connery as James Bond’s busty gal pal Plenty O’Toole in 1971’s Diamonds Are Forever The exclusive interview comes in Chapter 9 of Fatal Voyage , now available for download on iTunes The wildly popular, 12-part audio documentary is the product of years of investigative reporting, and breaks new ground on Natalie’s demise Natalie mysteriously vanished from her and Robert’s yacht during a pleasure cruise to California’s island playground, Catalina, with guest Christopher Walken aboard

The investigation into the Oscar winner’s tragic demise was reopened in 2011, and cops officially named Robert, now 88, a person of interest in the death