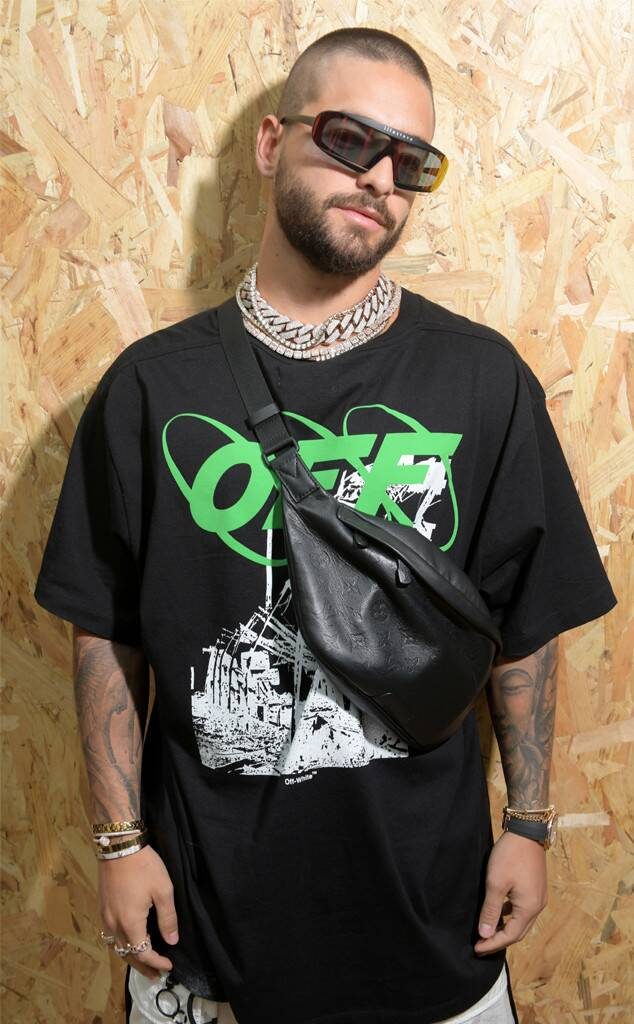 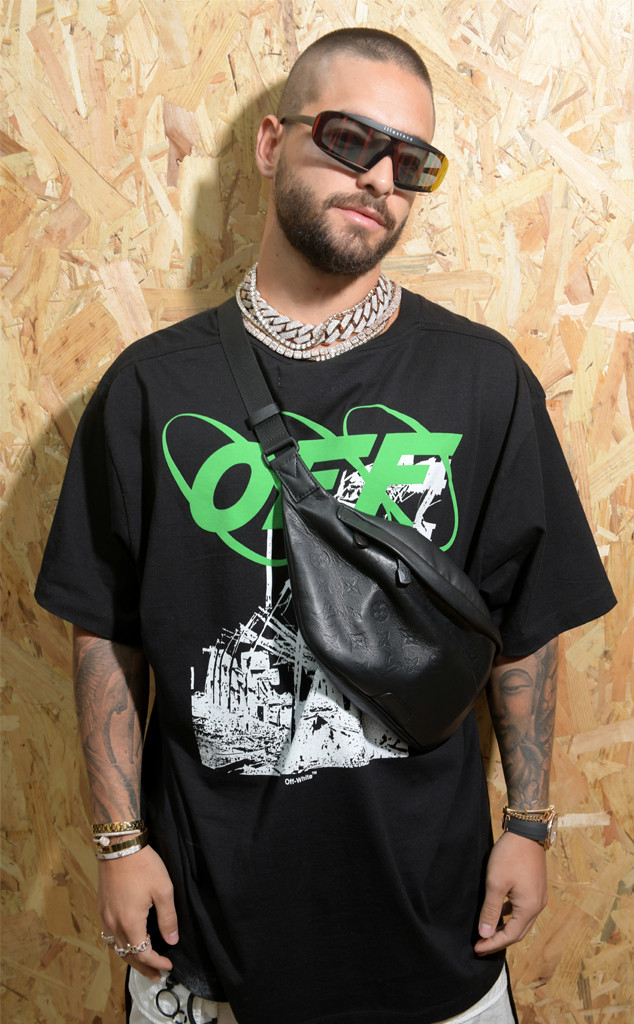 More than ever, men are pushing the boundaries and going all out with their fashion. And at this year’s Paris Fashion Week Men’s this couldn’t be more true. From out-of-this-world accessories to electrifying ensembles, there wasn’t a basique outfit in sight.

Notably, Latin pop star Maluma brought the heat to the Paris streets with his fiery ‘fits. Wearing a flashy and vibrant ensemble at the Heron Preston runway show, he certainly dressed for the occasion. What’s more? The 25-year-old singer opted for a Motorsport-like outfit at the Off-White show. It was reminiscent of his colorful “HP” music video get-up.

Cam Newton also stole the show with his fashion-forward designs. Donning an over-sized gray blazer with canary-yellow details, ankle-length pants and silver sneakers, he wasn’t afraid to play with shapes, textures and color. Accessorizes also played a major part with his ‘fit, as he wore a fedora hat and ascot.

Riverdale star Charles Melton and Formula One race driver Lewis Hamilton also stunned in eclectic designs. To see all of the eye-catching ensembles celebs wore during Paris Fashion Week Men’s, scroll through our gallery below. But before you do, we suggest you get a fan, because these lewks are fire!

The Riverdale star is serving lewks! He attends the Valentino Menswear Spring/Summer 2020 show in an all-black ensemble that he pairs with flashy sneakers.

The Pretty Boy, Dirty Boy is in Paris, y’all! The 25-year-old singer brings the heat to the Heron Preston show in this fiery ‘fit.

Three’s company! The Formula One race car driver goes bold for the Off-White Menswear Spring/Summer 2020 show. He poses with the Claws actress and her boo Victor.

Strike a pose! The 24-year-old supermodel enjoys her seat next to Abloh, the Off-White chief executive officer. The two don electrifying get-ups at the Heron Preston runway show.

The Latin pop star dresses to the nines at the Loubicircus party in Paris. Wearing a bulletproof vest, fitted jeans and gaudy sneakers, he’s making our “Temperatura” rise.

Always one to dress to impress, the Star actor and eldest son of Kim Porter goes all out for the Off-White runway show.

The French fashion designer and Balmain creative director keeps things classic with a black and white blazer, slacks and chic sneakers at the Off-White show.

The Carolina Panthers quarterback suits up at the Off-White show in an over-the-top outfit—we’re saying this in the best way possible, too. He rocks an over-sized blazer, ankle-length pants and silver sneakers. He accessorizes with a fedora hat and ascot.

The E! reality TV star and musician poses with Christian Louboutin at the designer’s star-studded party.

The 33-year-old “Sky Walker” singer makes the City of Light his runway as he heads to Paris Fashion Week Men’s shows.

The “Mala Mia” singer opts for a street-wear look at the Off-White runway show. Reminiscent to his “HP” music video, the Colombian star gives us Motorsport-like fashion.

The blonde beauty stuns in an avant-garde blazer at the Off-White show. Her fire-engine red lips, larger-than-life earrings and statement-making heels make the outfit pop even more!

If Paris Fashion Week Men’s is any indication, we can’t wait to see what these stars wear the rest of the year.