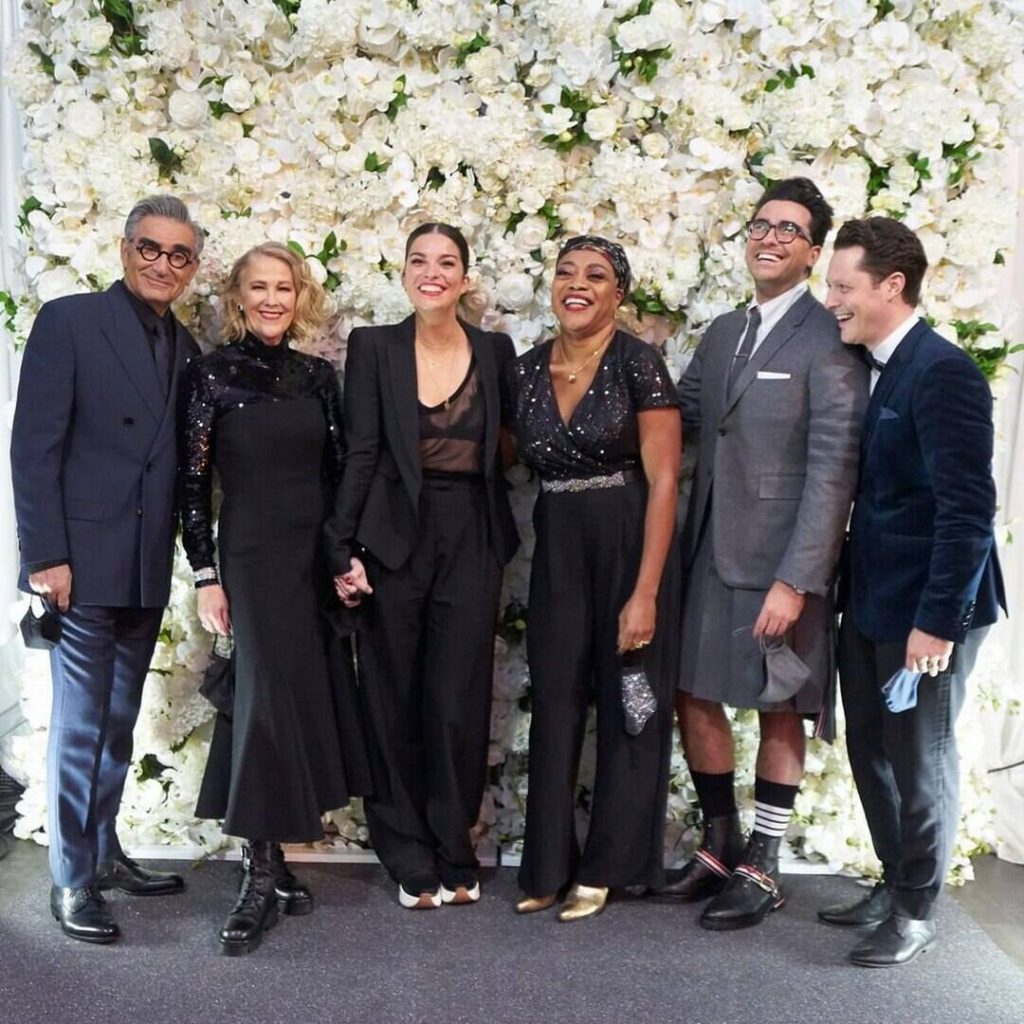 For Schitt’s Creek, the 2020 Emmys were simply the best.

As fans are well aware, the Pop TV program swept the comedy categories. The entire Rose family won acting accolades and the show was named this year’s Outstanding Comedy Series. In fact, Schitt’s Creek won nine awards overall, the most a comedy has ever won in a single year.

Due to the global coronavirus pandemic, the award show was held virtually. So, after taking precautions, the cast gathered in Toronto to celebrate the big night and tune in via a live feed. Unfortunately, not everyone could be there for the special moment.

“We had, like, a big party planned. In Canada, you can have a larger gathering because, you know, Canada’s been doing good when it came to the COVID,” Dan told Jimmy Kimmel during his late-night appearance. “And then obviously, in true 2020 fashion, the night before our Emmy party, the government had to minimize party size in half, which meant that we had a last-minute uninvitation ceremony, which had to happen for our lovely crew, which we were so excited to share the night with. So, it was a strange kind of vibe going into the evening.”

When Kimmel asked who had to call the crew to break the news, the David Rose actor simply replied, “Not us.”