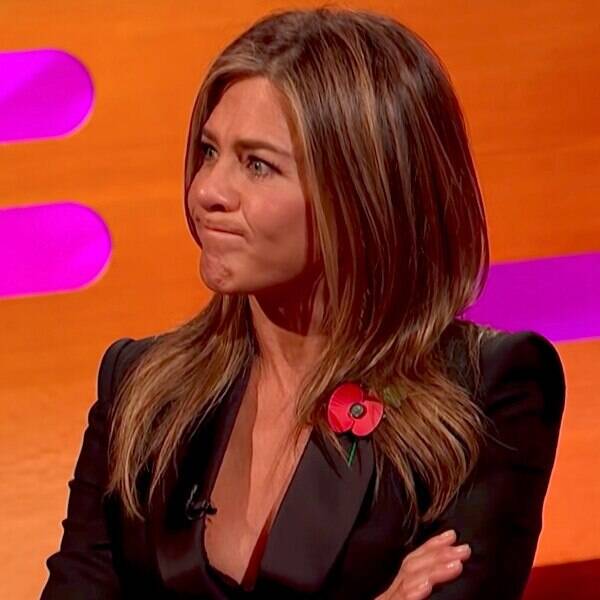 The 50-year-old actress, who played Rachel Green on all 10 seasons, and Reese Witherspoon, her co-star on the new Apple TV+ series The Morning Show, were quizzed together about the cult NBC sitcom on an episode of The Graham Norton Show that aired on Friday. Fellow celebrity guest Ian McKellen asked the trivia questions, and Julie Andrews also participated!

Aniston got the first question right—”What is Rachel wearing in her first-ever scene?”

While answering the next question, Witherspoon, who guest-starred on Friends as Rachel’s little sister Jill, got to re-enact one of her lines from one of her episodes.

Aniston later did some re-enacting of her own, rapping the opening line of a song Rachel sings to get her daughter to stop crying.

Even Andrews got in on the trivia action, and got to answer the most controversial question of all: “When Ross dated Rachel, why did he feel it was fine to sleep with other women?”

The Morning Show is now streaming on Apple TV+.