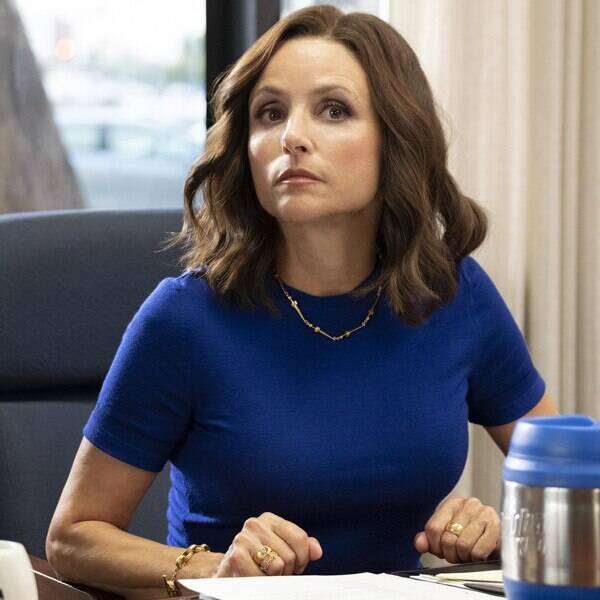 Selina’s (Julia Louis Drefyus) dreams came true in the series finale of Veep tonight as she finally won the job of POTUS. Sure, she had to name Jonah as VP and sacrifice gay marriage and also Gary in order to do it and then she was kind of sad and lonely once she did it, but she did it!

Most of the episode was spent on Selina desperately trying to win the nomination, moving chess pieces and exposing affairs and throwing Gary under the Meyer Fund bus with the FBI, but the last few minutes showed her six months into her presidency, and then jumped to 24 years later, as Mike was covering her funeral on CBS.

Apparently Selina, as the first woman president, only served one full term and briefly freed “what was once known as the nation of Tibet.” She also permanently overturned same sex marriage, so all of this went great.

We then found out that Richard not only became the President, but won the Nobel Peace Prize.

Just after Gary paid his last respects, Selina was shoved into her crypt, and Mike was delivering a eulogy on CBS News…only to be interrupted by the death of Tom Hanks, abandoning Selina’s eulogy entirely. RIP Tom Hanks in 24 years, apparently.

Vote in the poll below to weigh in on the finale!