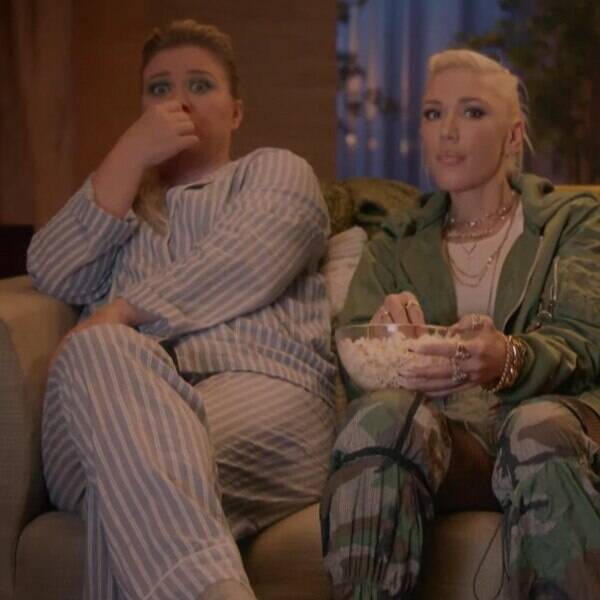 Now this is a party we’re jealous of.

In the below exclusive teaser of The Voice season 17, Kelly Clarkson, Blake Shelton, John Legend and returning coach Gwen Stefani have what looks like the ultimate sleepover.

There’s a pillow fight, a singalong, manicures, scary movies (with Blake’s mullet) and even a bedtime story from Carson Daly. “Sleep well, my angels, we’ve got a big season ahead,” Carson says after tucking everyone in.

It really does track that Kelly Clarkson would be the most into a slumber party.

See the cute promo below.

This is Gwen’s first time back on The Voice since season 12. She joins in place of original coach Adam Levine who made a surprise exit from the series in May 2019.

In another promo for the new season, it looks like Blake and Gwen waste no time opening up about their relationship with the contestants.

“She put our relationship on the line for you!” Blake yells at a contestant in the preview.

“You’re personally responsible for breaking up one of America’s favorite couples,” John tells another unseen contestant. Season 16 was John’s first time as a coach and he won the competition.

Meanwhile, Kelly seems even more thrilled than Blake to have Gwen on the show.