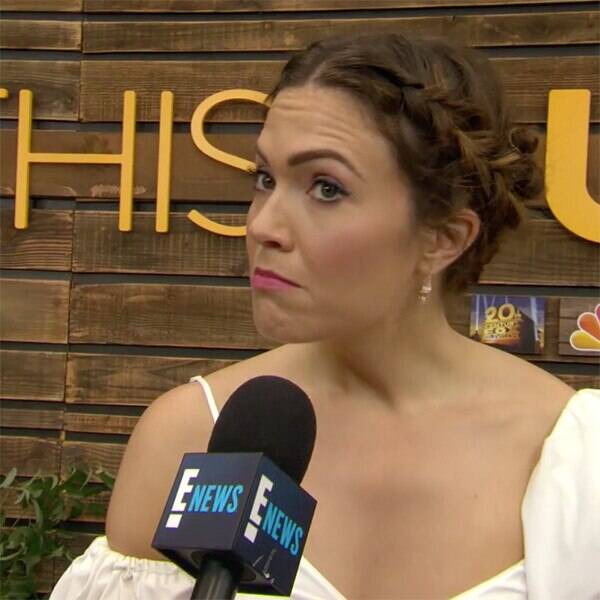 If you’re an actor on This Is Us and you’ve got questions about This Is Us, then the writers room has got your answers.

If you’re not an actor on This Is Us then you probably can’t get a writer to actually answer your questions, but it does sound like if you can just get yourself into the room you might be able to figure some stuff out, because as Mandy Moore told us at a This Is Us event over the weekend, the room itself is “kinda like Homeland.”

“There’s like a whiteboard with all kinds of secrets written on it, like episode by episode. They’re all over the walls and the ceiling and lining the room,” she says. “It’s pretty cool in there.”

Season four finds the whole family in a bit of upheaval. Kate (Chrissy Metz) and Toby (Chris Sullivan) have new baby Jack to take care of, while Rebecca (Moore) and Miguel (Jon Huertas) are making the move to Los Angeles to help out. Randall (Sterling K. Brown) and Beth (Susan Kelechi Watson) have moved their family to Philadelphia so Randall can actually be a city councilman there, and Kevin (Justin Hartley) is now looking to settle down after realizing how much he wants kids.

Plus, there’s a future to look forward to where the entire family gathers together at Kevin’s giant house to be with a very ill Rebecca.

Both Brown and Watson said they haven’t yet done much time traveling, and their time so far has been spent getting used to Philly.

“My feeling is that it’s very family this season, and what is it to get into the minutiae of what’s happening in our households with the family and getting acclimated to everything that’s new,” Watson says. “We fought hard last season for something new, like we both wanted something new for ourselves, and now it’s like OK, we’re doing it, now what?”

Sullivan says there will be challenges and joys ahead for Kate and Toby, and Metz says they’ve been working with a pair of tiny twins who play baby Jack.

“They’re tender, sweet babies, so it’s challenging, but it’s exciting. It definitely gives you something to worry about, I supposed. It’s been great, but it’s nervewracking.”

Hit play above to hear more from the cast about season four!