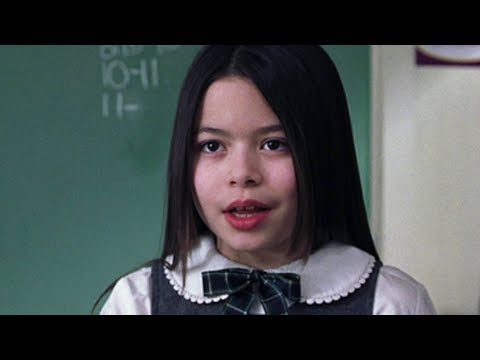 Miranda Cosgrove first found fame at 10 years old with her film debut as Summer Hathaway in 2003's School of Rock The following year, she scored her iconic role as scheming younger sister Megan Parker on Nickelodeon's Drake & Josh, before landing a starring role on the network's iCarly in 2007

After branching out into the music biz with her 2010 hit "Kissin' U," the actress-turned-singer successfully returned to film, voicing Margo in Despicable Me As she said goodbye to her alter-ego, Carly Shay, in 2012, Cosgrove was on top of the world She even went on to advocate for marine-life conservation with the Oceana organization, even taking it all the way to Capitol Hill So, why has she been so quiet lately? Here's why Hollywood stopped casting Miranda Cosgrove Some musical missteps While she enjoyed a few minor hits, Cosgrove's music career failed to reach the same explosive level of Disney Channel counterparts Miley Cyrus, Demi Lovato, and Selena Gomez

Her most successful singles were undoubtedly 2009's "About You Now", which reached number 47 on the Billboard Hot 100, and "Kissin' U," which peaked at number 54 Her 2010 freshman album, Sparks Fly, debuted at number 8 on the Billboard 200, but Cosgrove's last single, "Dancing Crazy," barely cracked the Hot 100 in 2011 before falling off the chart A tragic incident The slow-burn momentum of Cosgrove's music career was dramatically cut short following an August 2011 tour bus crash that ended her Dancing Crazy Summer Tour in North America "Miranda Cosgrove of Nickelodeon's iCarly fame, was injured on her summer tour bus during an accident early Thursday morning" According to a statement released by her publicist, the then 18-year-old Cosgrove broke her ankle when the bus she was riding in, hit a parked semi truck

Following her doctor's orders, Billboard reported the singer was then forced to cancel her 25 remaining tour dates Two years after the accident, Cosgrove and her mother sued her former tour bus driver, the semi truck driver, and both transportation companies for unspecified damages resulting from the accident According to TMZ, Cosgrove alleged the accident had left both she and her mother, "… disfigured and disabled [and they] lost their normal lives" TMZ reported that Cosgrove claimed as much as $25 million in lost ticket sales and promotions, as well as suffering from a, quote, "virtual career collapse

" Hitting the books After iCarly wrapped in 2012, Cosgrove took a break from Hollywood to study film at the University of Southern California "I really like all the classes and just the whole thing, cuz I did homeschooling since 5th grade, so it's pretty different for me" The actress later told Bustle, "It was always important to me I still wanted to be able to go to college […] I'm slowly trudging along until I finish" In 2017, Cosgrove shed a bit more light on her pivot away from Hollywood when she admitted on LIVE with Kelly and Ryan that she had switched majors

"I understand you're studying film at USC" "I was studying film, and now I switched to psychology" Of course that doesn't mean that Cosgrove is giving up the entertainment biz entirely, but it clearly indicates that she has interests outside the industry Post-Nickelodeon flops The transition from child star to grown-up actress has not been easy for Cosgrove, as her post-Nick projects continue to flop NBC's 2013 pilot for Girlfriend in a Coma never got picked up after lead Christina Ricci exited the project following a table read

Then, 2017's single-camera workplace comedy Spaced Out was cut by NBC during its final round of picks Finally, in 2015, Cosgrove scored a TV gig that was actually picked up to series: NBC's Crowded "Hello all!" "Forgive the surprise" "Shay what are you doing here?" "I'm moving back home" "What?" "But I told you I was coming here today to move back home

" "What?" But unfortunately, the series' formulaic and dated content attracted poor reviews and low ratings, and the freshman sitcom was canceled after just one season Meanwhile, on the big screen, Despicable Me has turned into a successful franchise, but Cosgrove's other film efforts haven't fared nearly as well "Is it weird doing animation like sitting in a booth all day and not really acting with other people…" "It's a little weird You can wear pajamas if you want to Pretty much every time I go in I wear sweats

" The 2015 horror flick The Intruders went straight to DVD and earned just 21 percent on Rotten Tomatoes Georgia Straight film critic Steve Newton noted, "Unfortunately, the iCarly star's photogenic qualities far outweigh her acting chops here" "Well, I should probably" "Absolutely Rosey-Rosesorry again for the intrusion" Turning it around While the Despicable Me franchise is a nice safety net for Cosgrove to fall back on, she doesn't seem to be moving out of her acting comfort zone just yet

According to IMDb, Cosgrove has just one project slated for 2018, a network sitcom called History of Them, where she'll play the show's narrator That sounds to us like it's either another "safe bet" sitcom attempt, or maybe just something that won't cut into her study time, but still keeps her in the game "If you weren't an actor or musician, what would you be?" "I love to draw Maybe I'd try to be an artist" While Cosgrove seems to be in a holding pattern career-wise, we're confident that when she's ready, she'll be able to re-capture the energy of her earlier, multi-faceted attempts at showbiz