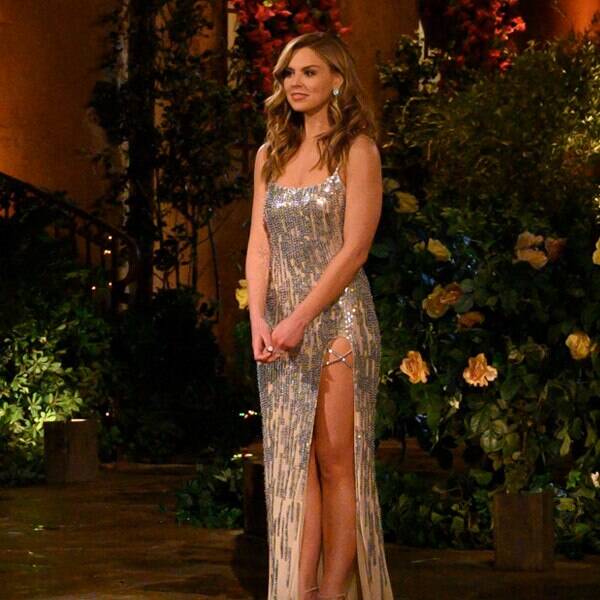 Is it just us or was that the cutest Bachelorette premiere that you ever did see?

Most of the guys seemed very fun and not nearly as embarrassing as we’ve come to expect from the men on this show, but it was really Hannah who proved herself to be quite the star. That’s especially true if you like watching guys who deserve to be yelled at getting yelled at, because she did some of that in tonight’s premiere.

With some help from very helpful spies Demi Burnett and Katie Morton, she learns that one of the guys has a girlfriend, or had a girlfriend right up until the most recent Monday before heading to LA to try to date Hannah. She confronts him, and he tries to deny it and then play it off like it’s nothing, and then fully admits, “Yes, I was dating a girl before I got on the show, up until Monday if you want me to be completely honest…if that bothers you, I’m sorry but do I think this is someone who I’m going to marry long term? No, I don’t.”

Yeah, that made it better, Scott.

Hannah starts to shut it down, and then Scott dared to bring up the fact that Hannah was just dating Colton up until like, a week ago. That is, first of all, inaccurate, because The Bachelor films months before it actually airs. Second of all, that’s how this show works, bud. Bye!

Hannah didn’t even just send him away. She walked him outside and sort of shoved at the air as if to swat a really big fly, and the whole thing really set the tone for the season. Hannah is not messing around, and even if the cynic in us is accusing Scott of being a douchey producer plant, Hannah’s handling of the situation was satisfying and fun to watch, and if that’s how she handles these guys being dumdums all season, we will have a good time.

There are definitely some guys who made an impression (and one who got the first impression rose), and a few of those guys actually ended up going home. Then a whole bunch of guys got roses who we barely even met, so it was a real mixed bag of results and emotions there at the end.

Below, we’ve done a bit of ranking of every single guy who got out of a limo tonight, from the current winner to the absolute loser based on their performance on the show and our first impression of them. Hannah may not agree, but she doesn’t have to. We’re making the rules of our own game here. (Kidding, there are no rules.)

(P.S. If you haven’t yet perused the bios of all the men on Hannah’s season, please do so now. You will not regret it.)