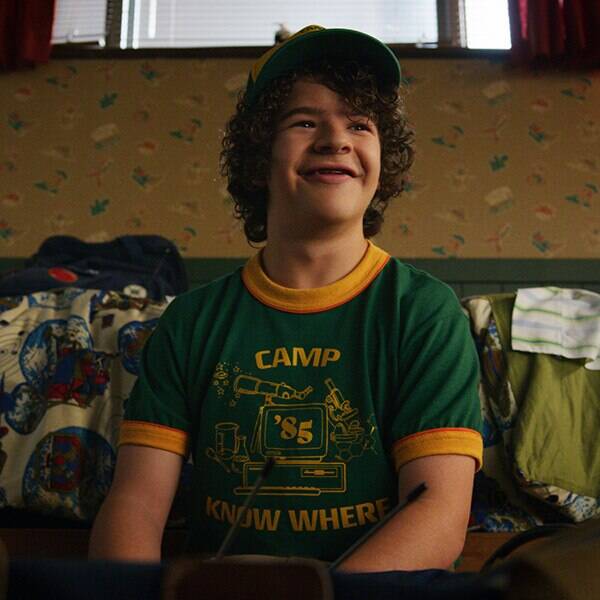 Stranger Things season three is going to be intensified, and it’s going to have a lot of love, but do not mistakenly think those two things are related.

E! News’ Tamara Dhia caught up with Finn Wolfhard, Gaten Matarazzo, and Noah Schnapp on the red carpet at the MTV Movie & TV Awards this weekend to get some scoop on season three, and Schnapp was quick to give a little tease.

“Lot of love. It’s intensified,” he said, though apparently he said those two things a little too close together, because Matarazzo turned to him immediately.

“This season is intensified,” Wolfhard clarified.

“Everything that once was is now bigger,” Matarazzo continued to clarify.

It sure is nice to know that even though they’re some of the biggest young stars in the world, they’re also still just awkward teens.

In the video above, Matarazzo also spills a bit on his upcoming Netflix prank show, which is called Prank Encounters and described as “terrifying and hilarious.”

Each episode “takes two complete strangers who each think they’re starting their first day at a new job. It’s business as usual until their paths collide and these part-time jobs turn into full-time nightmares.”

Matarazzo says this show, too, is intensified, and “unlike anything done before.” Hit play above to hear more!

The third season of Stranger Things takes place the summer before high school, and does in fact involve new and blossoming romances as well as that inevitable evil lurking somewhere nearby.