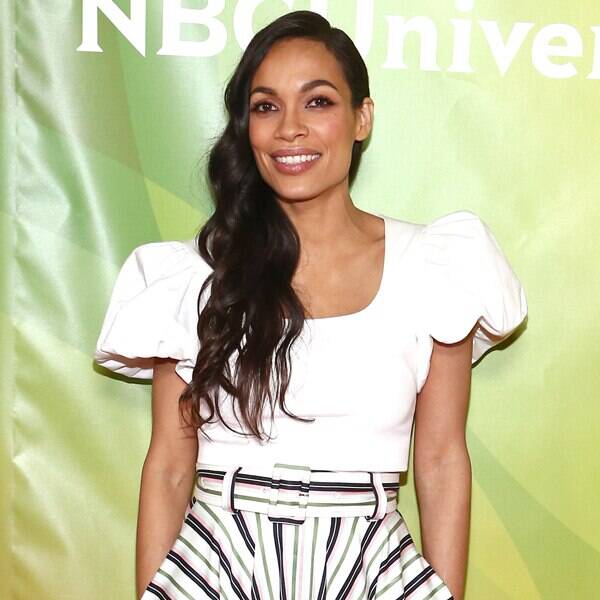 Briarpatch is a murder mystery by genre, but it won’t play by the rules.

“It really has a wild aspect that’s very unpredictable and unusual,” series producer and star Rosario Dawson tells E! exclusively. “And I think we’re starved for that kind of content.”

Based on Rob Thomas‘ 1984 novel of the same name, Dawson says Briarpatch‘s small-screen adaptation (debuting this Thursday, Feb. 6, at 10 p.m. on USA Network) aimed to “modernize” its original narrative for 21st century. The book’s lead character, investigator Benjamin Dill, becomes Dawson’s Allegra in Andy Greenwald‘s culturally-relevant take on an eerie Texas homicide case and a neighborhood ripe with secrecy. And though the 10-part anthology filmed in Albuquerque, it takes place in a fictional border town called San Bonifacio, whose setting will highlight “the clashes of culture and ideas and politics” that exist in its real-life counterparts.

“We need that many layers,” Dawson notes of the series’ complexity, which she argues reflects an increasing awareness among pop culture consumers across the board. “People are watching TED Talks, they’re listening to podcasts. We’re a savvier audience than we’ve ever been. And this story definitely doesn’t compromise on that.”

As far as content, the series’ lead describes Briarpatch as a puzzling “murder mystery” during her chat with E!, though evidence suggests it isn’t long before the plot thickens significantly.

“What begins as a search for a killer turns into an all-consuming fight to bring [Allegra’s] corrupt hometown to its knees,” USA’s official descriptions reads. And Dawson promises viewers will be on the edge of their seats.

“It’s compelling,” she says, adding that it’s been an “honor and a privilege” for her to help bring this story to life. “You just can’t stop watching it.”

Learn more about Dawson’s Briarpatch character—and hopes for her relationship with Sen. Cory Booker in 2020—in the full interview clip above!

(E! and USA Network are both part of the NBCUniversal family.)