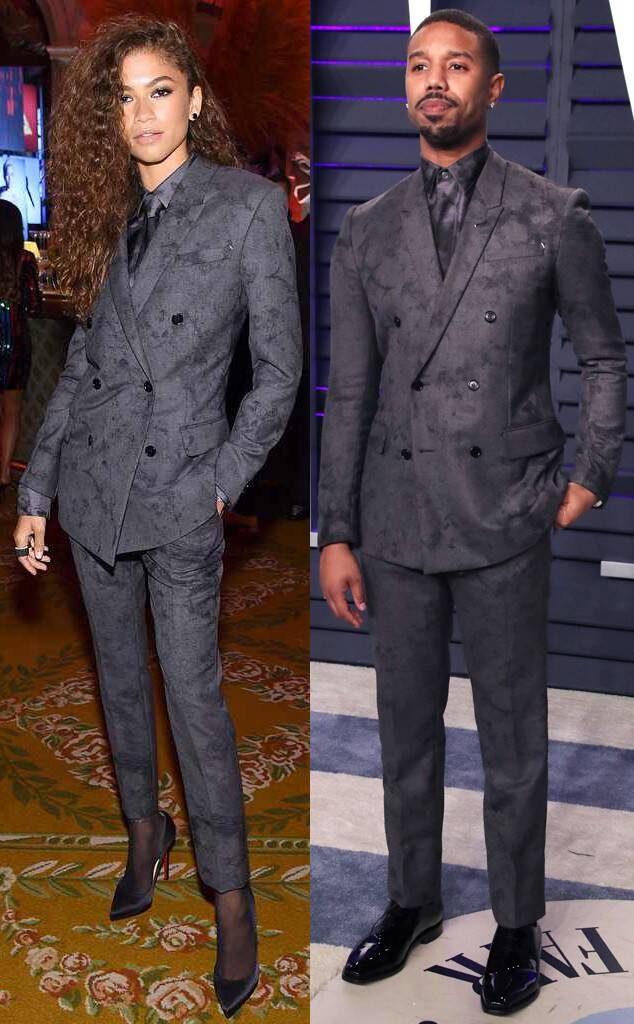 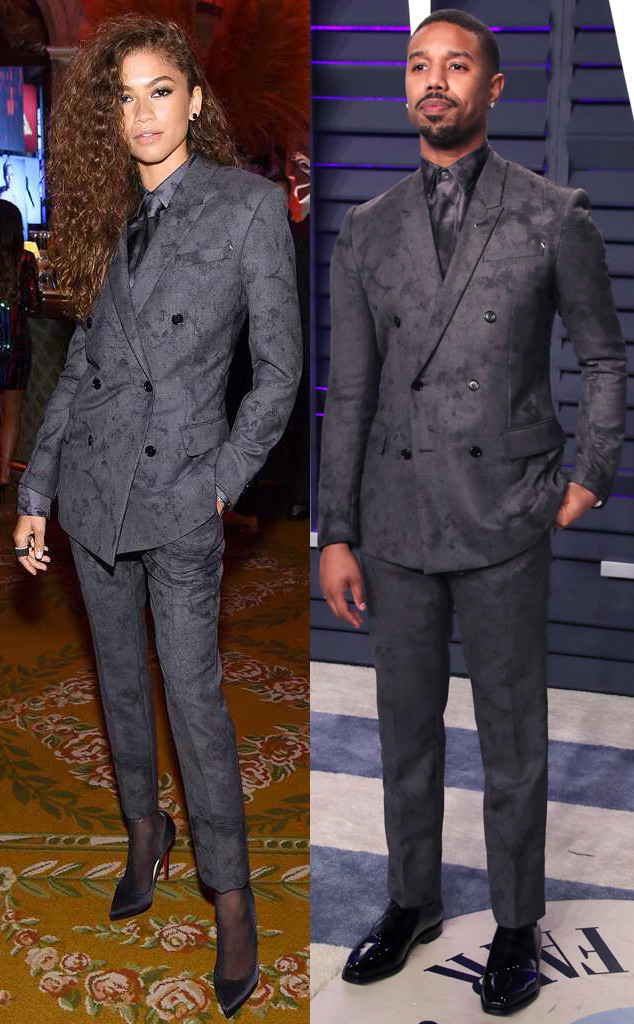 You know what they say: “Great minds think alike.”

Zendaya and Michael B. Jordan proved this to be true after the 23-year-old actress attended a New York Fashion Week party on Friday and wore the same suit the 32-year-old actor wore to an Oscars party earlier this year.

Both celebrities looked fabulous in the ensemble. But after The Shade Room posted side-by-side photos of the duo and asked “who did it best,” the Black Panther star gave the title to Zendaya.

“@Zendaya hands down,” he wrote in the comments section. “No contest.”

It certainly has been a busy time for Zendaya. In addition to attending Harper’s BAZAAR‘s Icons party, the Spider-Man: Far From Home actress received the Fashion Force award at The Daily Front Row‘s annual Fashion Media Awards. She’s also set to present her collection with Tommy Hilfiger on Sunday.