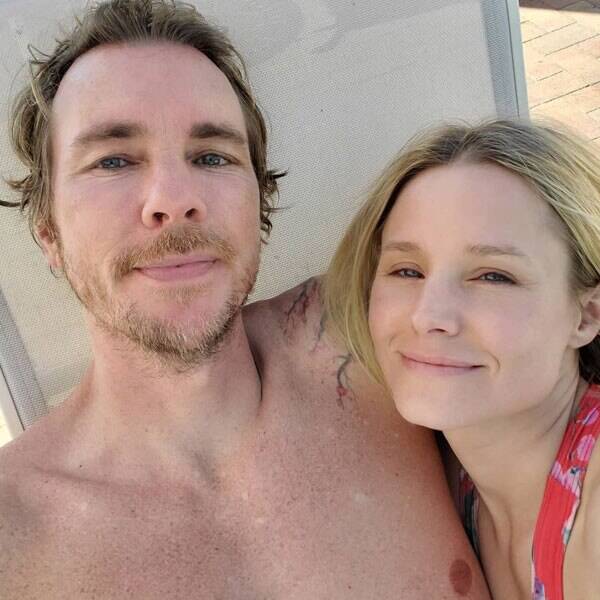 Sometimes, you have to take matters into your own hands…

While practicing social distancing and being in quarantine, Dax Shepard decided to remove the pin from his own broken arm. While it’s unclear how the 45-year-old actor broke his hand, it appears he’s not afraid to repair it.

Trolling her husband over his pin removal, Kristen Bell cheekily captioned her Instagram video of the whole ordeal: “We’re on day “I can do my own surgery” of quarentine [sic].”

In the short clip, Dax can be seen talking on the phone with his doctor, as he starts “the procedure” of removing his pin, which takes about 3 seconds to do.

He later joked that he’s been communicating with his doctor non-stop and has now resorted to doing things on his own.

“Am I the worst patient you ever had,” Dax said on the phone, with a laugh.

The couple’s two kids were also in the background, and one of them could be heard asking Bell, “Can I see the pin? Is it covered in blood?”

She reassured her little one that there wasn’t any blood.

Luckily, it looks like the family is finally spending time together. Last month, the Veronica Mars alum revealed that her husband was self-isolating at another location. Because he was traveling, of an abundance of caution, the actress wanted to make sure he didn’t show any Coronavirus symptoms.

“@daxshepard got back from travelling on monday. To be cautious, i asked him to stay in our friend empty apt for a few days to make sure he had to no symptoms,” she shared on social media.