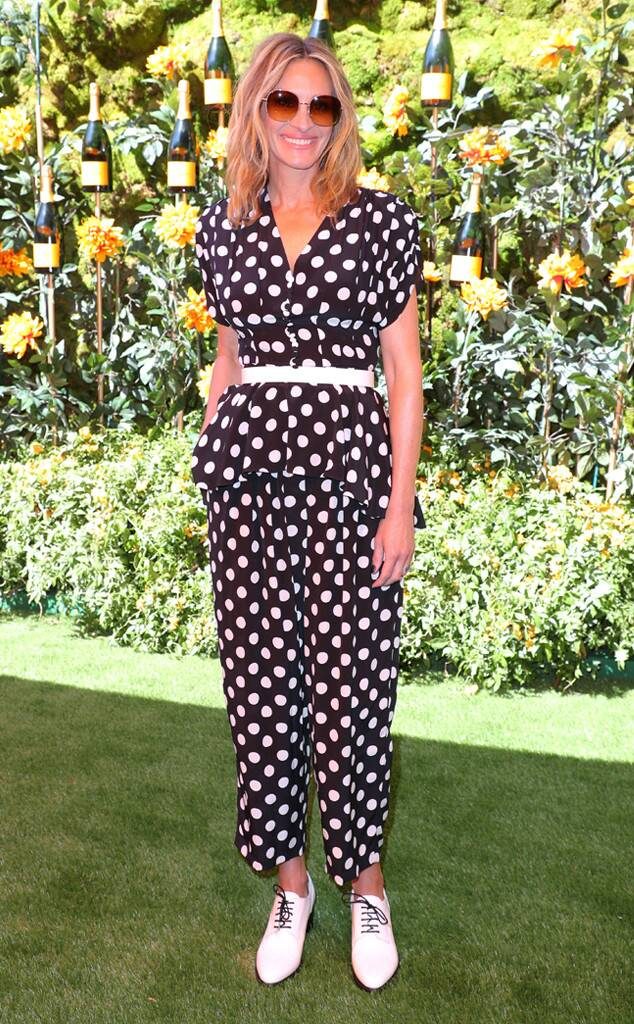 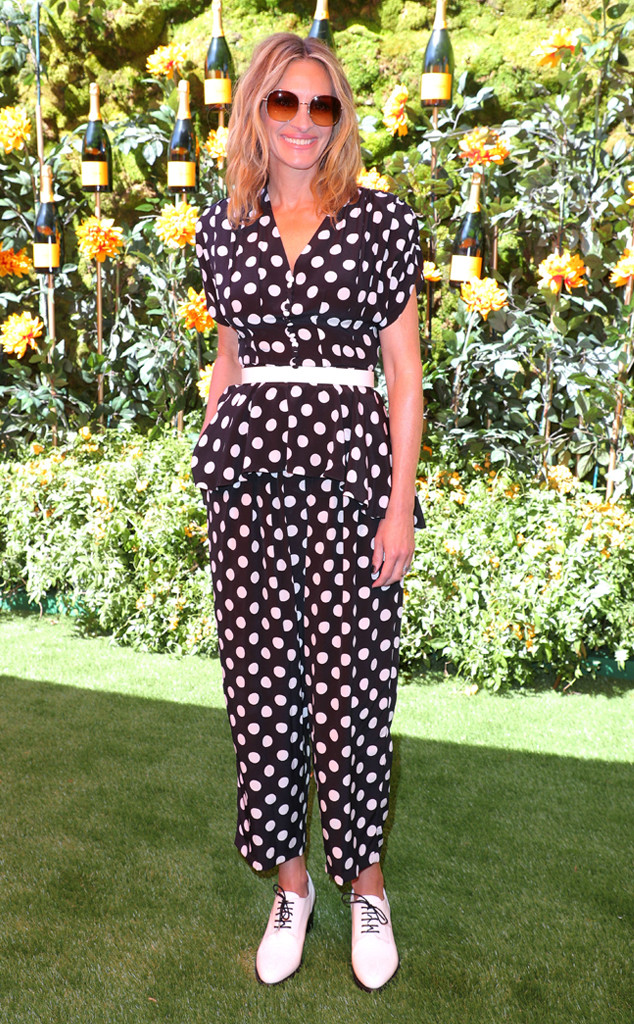 “Big mistake. Big! Huge” … were words no one uttered about Julia Roberts on Saturday afternoon.

The legendary actress dazzled at the 10th anniversary Veuve Clicquot Polo Classic, which was held at the Will Rogers State Historic Park in Pacific Palisades, Calif.

Roberts kept things casual and chic as she donned a black-and-white polka dot outfit by Michael Kors, which she paired with a white belt, matching shoes and large sunglasses. Naturally, after seeing her fun and flirty ensemble at the star-studded affair, people couldn’t help think she paid tribute to her Pretty Woman character.

Fans of the 51-year-old star might recall that in the movie, her character, Vivian Ward, slips into a playful polka dot dress while attending a polo event with her lover, Edward Lewis (aka Richard Gere). In the film, she walks around the match wearing a chocolate brown polka dot dress that she accessorizes with a belt and beige kitten heels.

Despite the ensembles being a little different from each other, it’s safe to say that Julia’s get-up was still spot on.

While at the event, an eyewitness told E! News the Homecoming star “was standing at the very front of the VIP seating area closest to the field.”

The insider added, “She appeared to be one of the few celebrities watching the game.”

In fact, another nostalgic moment was the reunion between Mandy and Wilmer. The two, who dated in the early aughts, ran into each other at the star-studded affair and totally proved that exes can be friends.

One thing is clear from the L.A. event: our hearts are exploding with pure nostalgia!