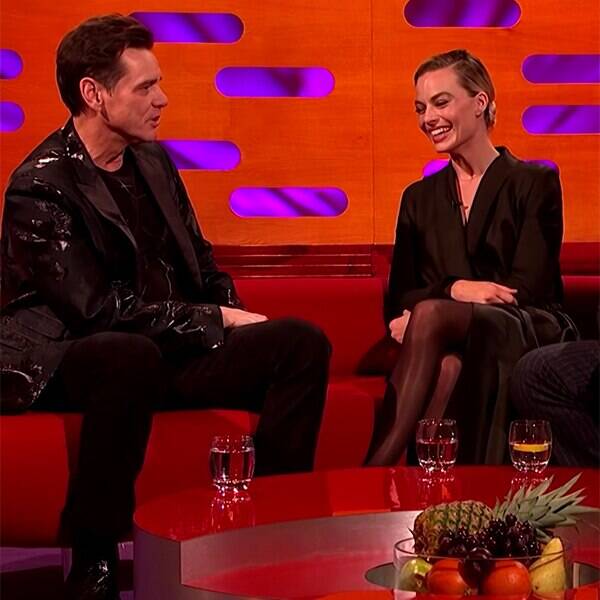 The funnyman and star of the upcoming animated film Sonic the Hedgehog appeared with the Bombshelli actress, as well as Queen & Slim stars Daniel Kaluuya and pregnant Jodie Turner-Smith, on the Graham Norton Show on Friday.

“I wanted to talk to you because you’re amazing and I’m so excited for you. It’s incredible that you’ve gotten as far as you have with your obvious physical disadvantages,” he told Robbie, drawing laughs from her and the audience. “That’s just pure talent there.”

The Australian actress, known for playing Harley Quinn in Suicide Squad and the upcoming Birds of Prey, is nominated for an Oscar at next weekend’s 2020 Oscars for her supporting performance as a producer who gets sexually harassed by FOX CEO Roger Ailes in Bombshell, which also stars Charlize Theron as Megyn Kelly.

This marks Robbie’s second Oscar nomination. She was nominated for her first in 2018, for her leading role of figure skater Tonya Harding in I, Tonya.

Robbie also plays slain actress Sharon Tate in Quentin Tarantino‘s film Once Upon a Time… in Hollywood, which is nominated for 10 Oscars, including Best Picture.