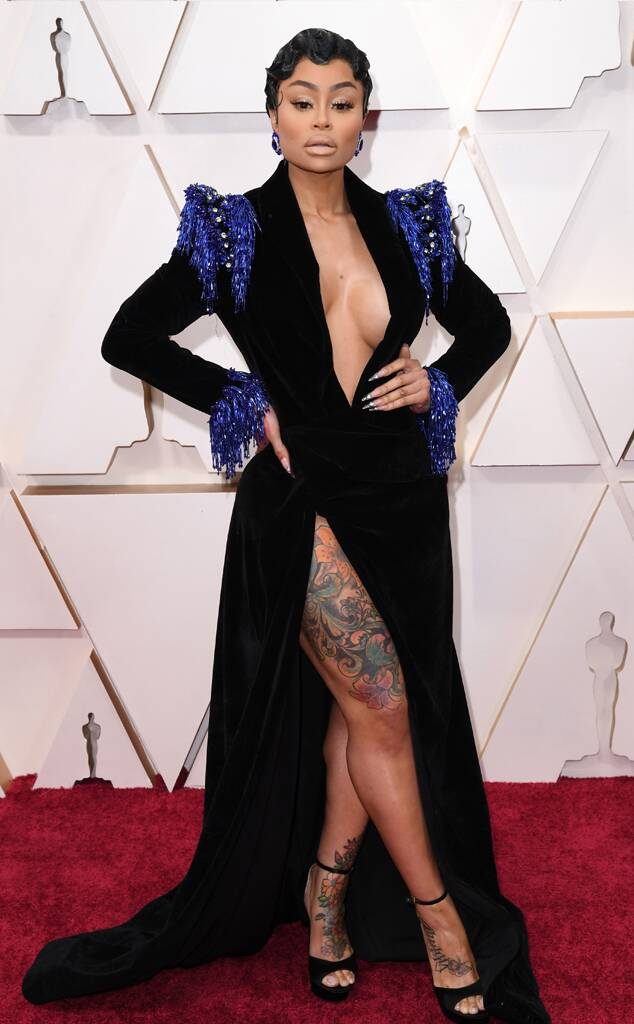 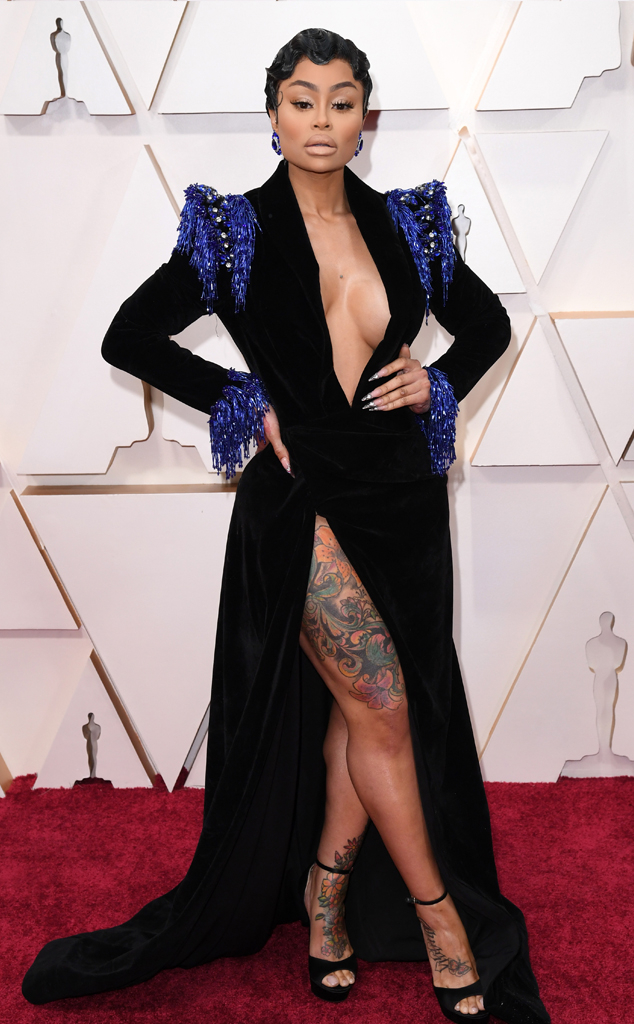 The answer the internet has been waiting for.

On Sunday night, Hollywood’s best and brightest hit the carpet in Los Angeles for the 2020 Oscars. There were shockers and snubs, and a highly surprising appearance from none other than Rob Kardashian‘s ex-girlfriend and mother to his child, Blac Chyna. While Chyna looked right at home on the carpet while wearing a jaw dropping plunging black velvet Dona Matoshi gown with dark blue fringed and jeweled accents and a thigh-high slit, her appearance was a bit confusing.

Alas, the star did have an invite! She was music producer Christopher Trujillo‘s plus one for the evening. The reality star took to Instagram on Monday morning to share some behind the scenes content from her evening, and revealed that she was there as a guest with Trujillo.

“Headed to the Oscars with my Award winning engineer @titojustmusic,” she captioned a video of herself in her car prior to her big night out.

In the video the pair is seen driving along the road while listening to music together. Trujillo is most widely known as Tito JustMusic, and has worked with stars like Ariana Grande, Fifth Harmony and Mariah Carey just to name a few. Plus, he’s no stranger to the film industry either. According to his IMDB, he has credits on films such as Think Like a Man and For Colored Girls.

Chyna is becoming quite the awards show staple this year. She also made a recent appearance at the 2020 Grammys and opted for a gorgeous fiery red look.

Chyna is taking the red carpets by storm this year!