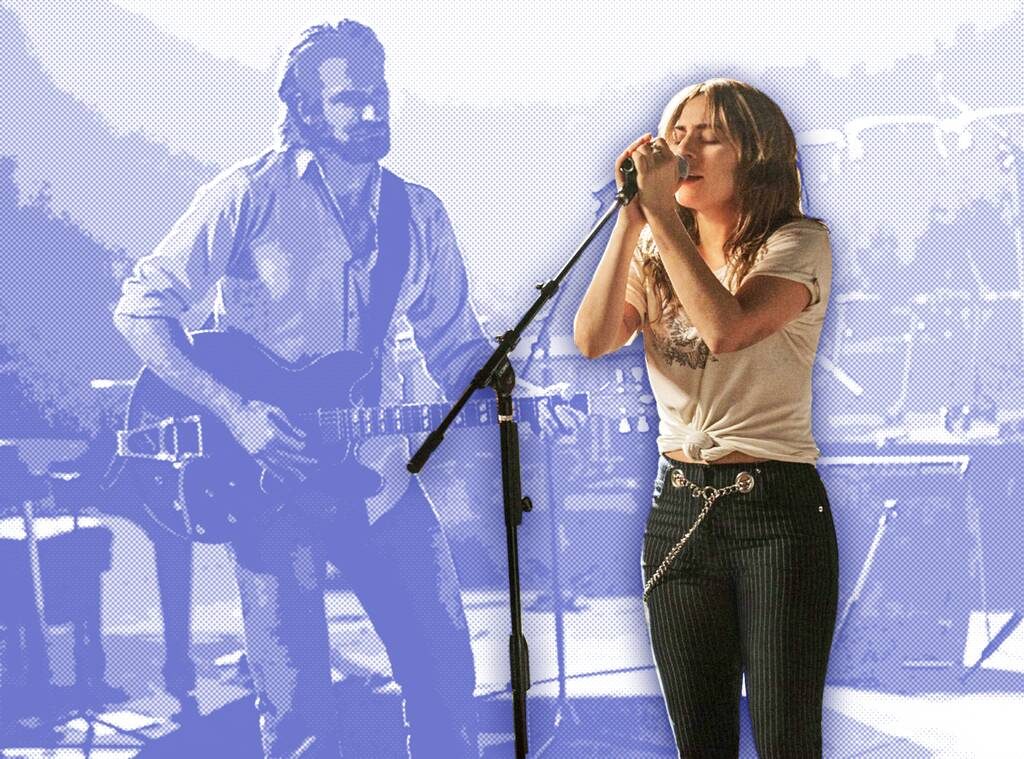 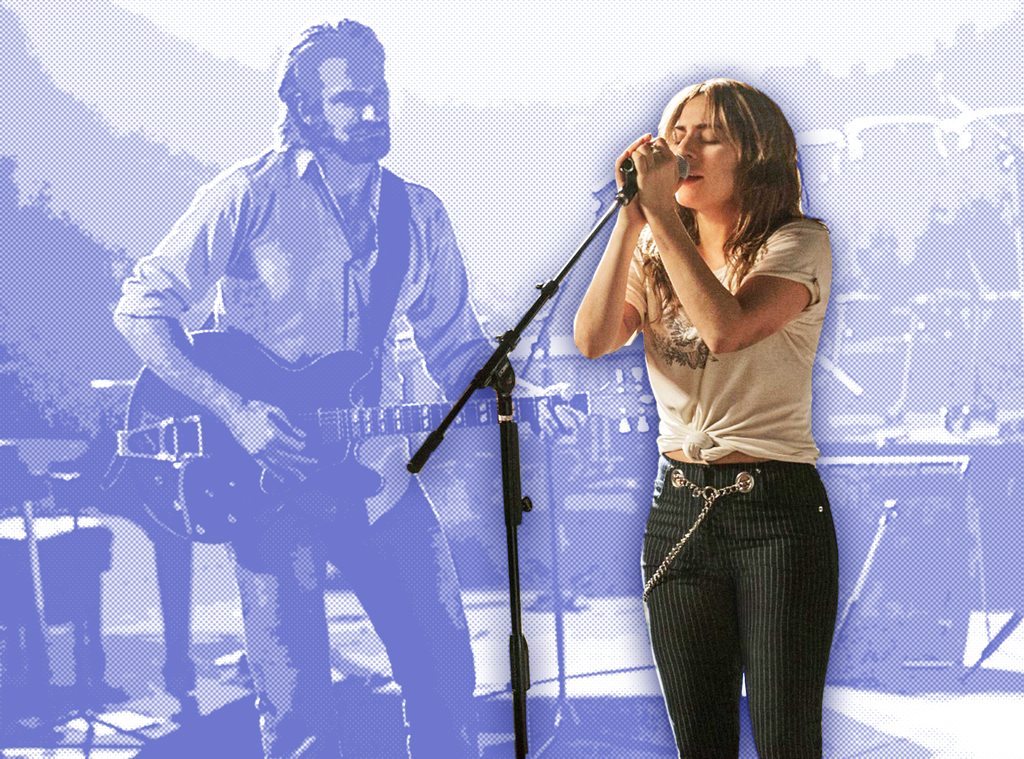 Writing music for yourself is a hard enough endeavor.

Putting an album together of a dozen or so tracks that represent who you are as an artist at that moment in your life, something that listeners everywhere might respond and relate to? There’s only so many people on this planet who have the ability to pull of that Herculean task—and pull it off well.

But to do it when you’re writing from the point of view of a fictional character, a person who’s never existed on the mortal plane? The thought of it sounds damn near impossible.

And yet, that’s exactly the sort of job Lady Gaga was handed, in addition to her starring role as Ally, when she was cast in Bradley Cooper‘s 2018 adaptation of A Star Is Born. The soundtrack, which Gaga and Cooper worked on in tandem, already won two Grammys and an Oscar last year for “Shallow,” the film’s iconic duet between the burgeoning pop star and her mentor/lover Jackson Maine, a grizzled singer-songwriter drowning himself in booze. And now, thanks to the full soundtrack being released four days after the eligibility period for this year’s ceremony began, it’s earned itself three more nominations at the 2020 Grammy Awards, including Song of the Year and Best Compilation Soundtrack for Visual Media.

While Cooper was off crafting the more rock-oriented sound belonging to Jackson’s half of the compilation, Gaga was entrusted with shaping the pop sound heard once Ally’s career takes off in the film. To do so, she turned to frequent and trusted collaborator Paul Blair, known professionally as DJ White Shadow, whom she first began working with on her iconic 2011 album Born This Way.

And as Blair, who shares the Best Compilation Soundtrack nomination with Gaga, Cooper, fellow producers Nick Monson, Lukas Nelson, Mark Nilan Jr. and Benjamin Rice, as well as music supervisors Julianne Jordan and Julia Michels, told E! News exclusively, the work was unlike anything they’d ever done together.

“I think the thing that most differentiated it from other projects is that, you know, you have a set goal at the beginning,” he explained. “Like you’re building something for a purpose, so there’s less—I don’t mean this in a bad way— there’s less room for interpretation, you know what I’m saying? There’s like a specific, specific goal.” 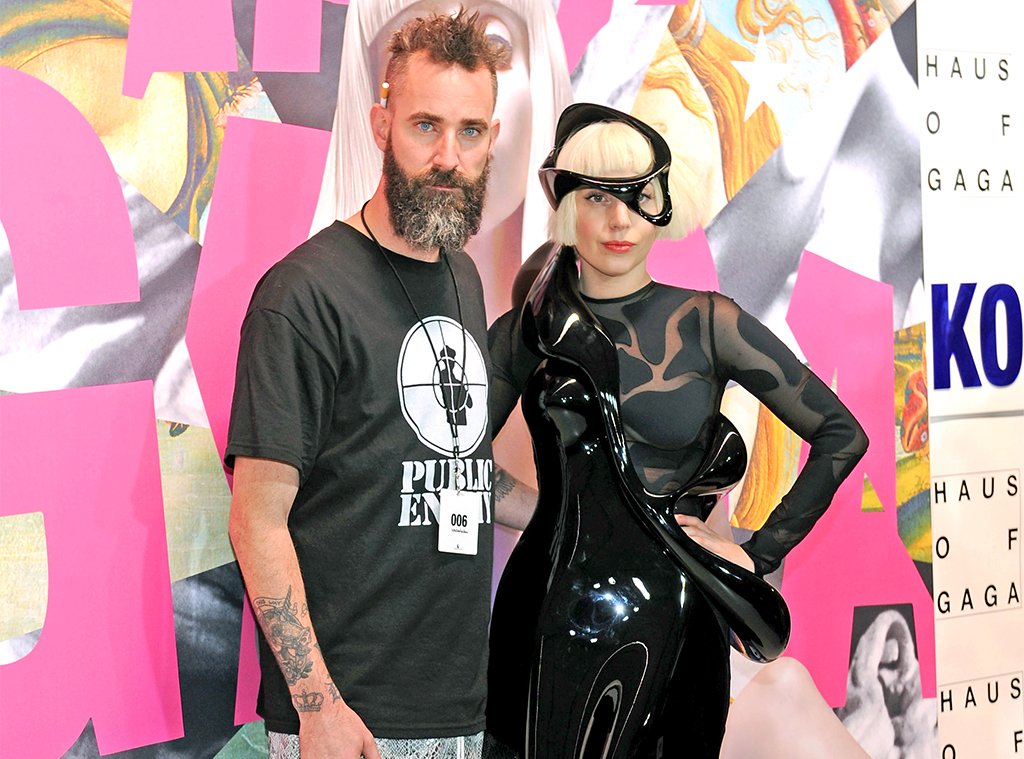 “When you’re writing a song for a person, for an album, whatever, you have different emotions and thoughts and feelings, and those tend to be conditional on the moment or what you’re trying to say with the record,” he continued. “And that wasn’t up to anybody, kinda, who was writing.” Rather, they were writing songs that could fit to certain beats in Ally’s narrative as her career began its upward trajectory. And while challenging, Blair admitted it was “also kind of like a relief.”

“It’s like, okay, here’s where she is,” he explained. “And we’ve all been to that spot before, you know what I mean? And Gaga obviously has been through a scenario where you’re on an upswing and you’re starting to get famous. And your first time playing Saturday Night Live. And the first time you go into an award show. So we’ve all had that kind of experience to draw on. But, yeah, you’re not writing for a real human being. It’s like you’re writing for a set of circumstances that a human being encountered.”

Throughout the entire process, the songwriters had to constantly watch the film as it was being produced to keep with any changes being made. And that meant their process had to carry with it an unusual level of fluidity. “It’s like, ‘Oh crap, we wrote this, but now they’re going to change the way she did this and the script, so it doesn’t really make sense anymore. So we can either amend the lyrics, pull something else out that we started and start working on that,'” Blair explained. “So there’s a lot of pivot points that I suppose happen in real life when you’re writing a record. Like you might gain a different perspective on things as you’re writing or creating art. You might come across something that changed the way you feel about something during the creative process, but here, it’s very calculated, you know what I mean?”

“So you’re sitting there thinking like, ‘Hey, would she be singing about how good she feels here? Really?’ You know what I mean?” he continued, laughing. “So you have a really strict content barrier, but again, I found it to be quite fun to do. I think we all found it quite fun to do. Because it’s not something you’re usually doing.”

While the content of the tracks, the emotion behind them, had to hit certain beats that matched the film’s narrative, Blair told us there was never any specific mandate from Cooper, as the film’s director, on how those songs ought to sound. “Basically, you know, we did it in a way that like Jackson Maine was making his own album and Ally was making her own album,” he explained. “So I think, in my mind, while we were doing it, it wasn’t like Jackson’s gonna be all up in the mix, trying to tell her how to do everything all the time. She’s off on her own. She’s got a new group of creatives, there’s the record executive guy. So what would that person be telling her to do and how to sound. You see what I’m saying? So it’s like you’re writing music based on what you think a record executive would be telling a new artist she had to do to sound like a superstar.”

And in the actual writing process, life imitated art.

“Bradley never came in and said, ‘Hey, we need to make this, this and this happen for your records,'” Blair said. “Honest to God, he didn’t really have a ton of input when we were in there creating. Like, barely any at all. He really trusted her to choose who she wanted to make the stuff with and let her do it.”

The end result was a collection of half-dozen glittering pop bops, including the lush “Heal Me,” the flirty “Hair Body Face” and the soaring “Before I Cry,” that Cooper’s Jackson—and, depending on your read of the film, perhaps Cooper himself—certainly look down on. Look no further than Jackson’s painful reaction to Ally’s performance of “Why Did You Do That?” on SNL.

And while the content of the tracks were dictated by story, never was there an intention to create music that might legitimize Jackson’s view of it. “So I think that the way it goes is that whatever song we would have made at that point, if it was winning and it sounded like something that was in the mainstream, he would have s–t on it,” Blair explained. “So it’s like that particular point in the film, obviously, that’s a crucial moment where as a person that’s watching the film—you, me, anybody else—you’re like, ‘F–k this guy, man. She’s winning.’ You know I mean? And he’s sitting there f–king cursing at her and she’s just trying to do the best she can with what she’s got. And he’s sitting there like, ‘My s—t’s better than your s—t.'”

As Blair sees it, it provided for a moment that everyone could relate to. “I think that that’s the beauty and the magic of the movie,” he continued. “Not everybody has had a boyfriend who’s a country star, or you know, pissed themselves at the Grammys. I mean, I don’t know anybody that’s had a boyfriend who’s a country star who’s pissed themselves at the Grammys [laughs] but at the end of the day, that’s a thing. Everybody’s been embarrassed by their boyfriend when they’ve been drunk or their girlfriend when they’ve been drunk, you know what I mean?”

“All of those things that are in that movie resonate in some way, shape or form. Brad did such a good job of—that’s a hard thing to do, man. That’s a really hard thing to do to get people to see themselves through an alcoholic dickhead, you know what I mean? It was it was easier for me than other people. [Laughs] Or whatever. That’s a whole other interview.”

The album, which was written while Blair was traveling with Gaga as she headlining her Joanne World Tour, got made during a tough time in Blair’s life—”There were a couple of times, man, where I got on the bus and just cried for an hour. Like I couldn’t even f–king move,” he told us. “It was so much weird tumultuous stuff, just life…And I think that some of the songs reflect that.”—but, though it can be hard to listen to the finished product at time, he finds himself overflowing with both gratitude and pride over what they made created and the impact it’s had.

“I never create anything with the intent of like, ‘Yo, I’m gonna win an award for this’ because like, honest to God, man, I grew up on a farm. The idea of like being nominated for a Grammy is f–king crazy just to begin with,” he told us. “So anything past—it’s just a kind of incomprehensible, right? You know what I mean? It’s like standing on the side of the Grand Canyon. It’s like, ‘Oh, how did this happen?’ F—k if I know, it’s just crazy to look at. [Laughs] You can pull a bunch of people in the room, explain it to me 40 times, but I’m still just like, ‘Hey, whatever, I’m just gonna go. If it happens, it happens.'”

“At the end of the day, I’m really proud of the work,” he continued. “I’m really proud of her, as a human being and as an artist. I’m really proud of the entire crew beyond us, because, you’ve got to think of it like I was in a little circle. There’s me, her, my engineer Ben, Mark and and Nick. Us five or whatever just rolling around on this bus writing songs, you know? But there’s so many people that work after that, that I would like to line up in a row individually and plant a big smooch on their face.”

Blair added, “I’m just so grateful to all those people [for] what they had to do because without—when you stand back at…the forest and you step out of the forest and look at how many people work so hard to get this thing done, you start to be super thankful that everybody involved was so passionate about the project. Because f–k, man, I wrote a couple songs, you know? It’s a whole bunch of people that were madly in love with doing something that made it work, you know? And I guess I was one of those people, but there’s hundreds.”

In the end, it’s all about gratitude for Blair. “Music is such an important part of my life that I’m incredibly grateful every day that I get to wake up and that’s my job. And like I get to hang out with cool people all the time and talk to people like you, so even when there’s bad days, everything’s great, you know what I mean?” he told us. “To get to do something with your friends that people consume and appreciate and love is just so far over the top of a blessing. It’s amazing. I don’t even know what to say about it.”

And with any luck, come Sunday, that blessing will come to include a shiny piece of hardware, too.