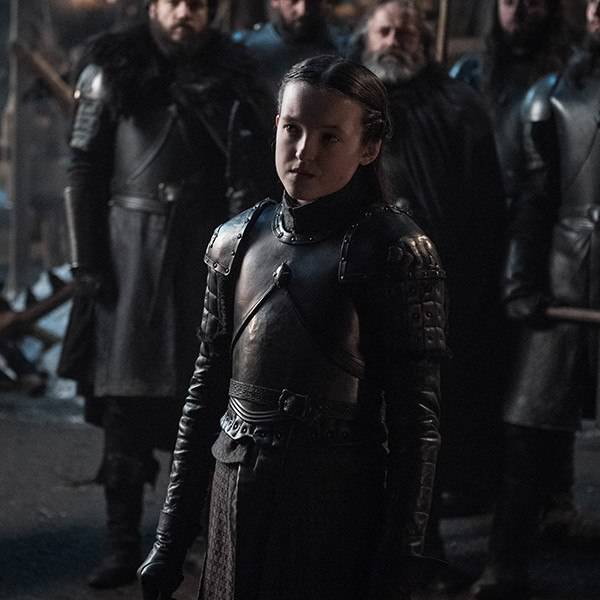 As Lyanna Mormont, Lady of Bear Island, Ramsay’s role is pretty much to do one thing, and it’s the one thing Ramsay said she’ll miss the most now that the show has finished filming for good: man-shaming.

“I think the opportunity to stand up in front of a load of grown men and shame them,” Ramsay told The Cut when asked what she’ll miss. “I think playing confident characters also helps with your own confidence. Say you’re in a situation where you’re feeling anxious or nervous—you can become a character and work through it that way. I’ll miss that about her.”

Ramsay is only 15, and says she still hasn’t even watched the entire series, so she “didn’t really have a clue what was going on,” but says she’s rooting for Arya (Maisie Williams).

“She’s little and powerful,” Ramsey said. “There’s this great line from the show Matilda: ‘Even if you’re little, you can do a lot. You mustn’t let a little thing like this stop you.'”

Ramsey is also a big fan of Brienne of Tarth (Gwendoline Christie).

Lyanna made an appearance in the season eight premiere at Winterfell when Jon brought Daenerys there for the first time, and she was not exactly into the idea of declaring Dany the queen, especially after everyone worked so hard to declare Jon the King in the North. She even dared to question Jon’s intentions, and obviously fans were thrilled to see her.

“I didn’t expect it at all,” Ramsey said of all the love the fans have for her. “I just turned up, did my filming, and would see what happens. I wasn’t sure whether people would like her or not, because she’s quite a unique character. But I’m very glad and very grateful that people do like her.”

Ramsey says she loves how “strong” the badass Lyanna is, “mentally, physically, personality-wise.”

“I like how she sticks up for what she believes in, no matter the cost or the consequences,” she said. “I really admire her confidence, how she can just stand up without flinching in front of all those people.”

If only we could all be a little more like Lyanna Mormont.

Game of Thrones airs Sundays at 9 p.m. on HBO.