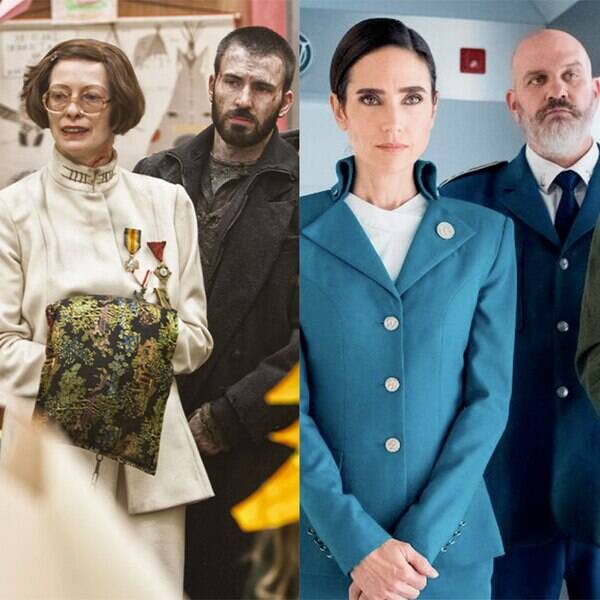 Most movies don’t even have a plot that holds up for two hours, let alone has enough gas in the idea tank to power multiple seasons of television. Even great films usually have exactly the time allotted to tell the tale and move on.

Which doesn’t mean that plenty of people haven’t tried to make small-screen magic out of content that fared well—or in some cases, not well at all—on the big screen.

That’s where “story by” and “created by” credits start to diverge, of course…

Snowpiercer, premiering tonight on TNT, is the latest series to have been adapted from a movie for high-concept multi-episode television–though not just any movie. None other than newly minted Oscar winner Bong Joon Ho directed the 2013 film, about a train endlessly traversing the planet’s frozen landscape that happens to be carrying the remainder of humanity. Which is enough people, mind you, to have stringent class divisions and a society split between the haves, have-nots, and those tasked with keeping the front of the train happy and the back of the train separate.

The show had been in development for several years, but there was no time like hot on the heels of Parasite‘s success—which started in 2019 when it became the first South Korean movie to win the Palme d’Or at Cannes—to get this show on the road.

Chris Evans starred in the film as the leader of the rebellion, and that role is assumed here (albeit more reluctantly at first, because, time to fill) by Hamilton star Daveed Diggs. Jennifer Connelly‘s place in the proceedings most seems to resemble the hauntingly efficient Tilda Swinton as a first-class passenger who makes announcements as the Voice of the Train, though Connelly’s Melanie Cavill looks to be more human than Swinton’s Minister Mason.

Joon-ho is listed as an executive producer, but the show was developed by Josh Friedman—who has taken a film’s premise and adapted it for TV before, and pretty darn well.

So without further adieu, let’s look at some of the best series that blossomed from their movie roots: