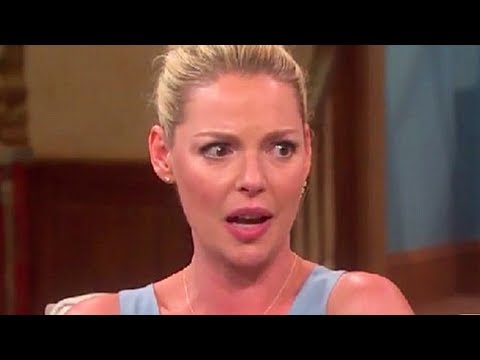 Bad interviews happen Sometimes celebs are just having an off day, or they grow tired of the same questions — or even spill info they shouldn't be sharing

Whatever the case may be, these stars all opened their mouths and inserted their feet during interviews — and it cost them big, in terms of their careers Megan Fox In 2009, Megan Fox told Wonderland Magazine of her Transformers director Michael Bay, "[Bay] is like Napoleon and he wants to create this insane, infamous mad-man reputation He wants to be like Hitler on his sets, and he is" Calling him "a nightmare to work for," she continued, "He has no social skills at all He's vulnerable and fragile in real life and then on set he's a tyrant

" "Sam?" "Michaela!" "Is that your girlfriend?" "Ex" As a result of her flippant remark, Fox was fired from Transformers: Dark Side Of The Moon, and was exiled to cameos and small roles in Friends With Kids and This Is 40 It wasn't until she apologized to Bay that she was allowed to star in his Teenage Mutant Ninja Turtles franchise Bay later told GQ that it was actually Steven Spielberg who demanded that Fox be fired, but he added that she may not have been the most professional actress on set, alleging, "She was in a different world, on her BlackBerry You gotta stay focused

And you know, the Hitler thing [] I wasn't hurt, because [

] Megan loves to get a response And she does it in kind of the wrong way" He then added, "I'm sorry, Megan

I'm sorry I made you work twelve hours I'm sorry that I'm making you show up on time Movies are not always warm and fuzzy" Katherine Heigl Knocked Up put Katherine Heigl on the map, and the movie was well-received…by everyone but Heigl, it seemed In January 2008's Vanity Fair, Heigl griped that the movie was "a little sexist

" She said, "It paints the women as shrews, as humorless and uptight, and it paints the men as lovable, goofy, fun-loving guys It exaggerated the characters, and I had a hard time with it [] I'm playing such a b—h; why is she being such a killjoy? Why is this how you're portraying women?" That comment, combined with her remarks about the writing in Grey's Anatomy, as well as her reputation for being difficult to work with, led the actress to bit parts and a cat litter commercial before the failed State Of Affairs and Doubt

Heigl later lamented to Howard Stern that Vanity Fair published only a portion of her Knocked Up remarks, saying, "That can be the nature of broad comedy They're exaggerating stereotypes, that's what makes it funny But they just took the sexist thing out" John Mayer John Mayer's reputation never fully recovered after his February 2010 Playboy interview, and his single charting hasn't either Mayer told the mag he hoped to someday write adult films and claimed ex-girlfriend Jennifer Aniston was, quote, "hoping it goes back to 1998

" He also made a remark about only dating white women, and at one point, he even dropped the n-word His most infamous remarks, though, were about his ex, Jessica Simpson Comparing being intimate with her to using drugs, he said, "It was like napalm, sexual napalm" Implying that Simpson had made him, quote, "want to quit the rest of [his] life," in addition to a slew of other un-reprintable sentiments Tannenbaum recalled of their meeting, "When I met [Mayer] in the kitchen of his L

A home he was talking about not talking anymore: 'I think the world would be better off if I stopped doing interviews'" He might be right about that R Kelly Journalist Touré interviewed R

Kelly in 2008, just as the singer was starting to get heat for his alleged predilection for girls In their sit-down, Touré asked the singer outright if he liked teenage girls, to which, Kelly replied, "When you say teenage, how old we talking? "Girls who are teenagers" Kelly then nodded, but denied being attracted to anyone, quote, "illegal" When Touré asked about the concerns raised by Kelly's manager and his brother regarding his interactions with young girls, Kelly said, "Unfortunately, the people who don't work for me say that […] Do not listen to the people who [were] fired" Touré later wrote in The Daily Beast of the bad interview, "The interview aired on BET once because as soon as Kelly's team saw it they demanded that it never be shown again

But that one airing set the world on fire It's crazy to have Aziz Ansari do a bit where he's talking about R Kelly and you" "First question the guy goes, 'Now Robert, are you attracted to teenage girls?' [] R Kelly goes, "Define teenage'" Paula Abdul In January 2007, ahead of the sixth season of American Idol, judge Paula Abdul wobbled, swayed, and slurred through an interview, which went viral almost instantly "What do Idol fans have to look forward to this season and what are you looking forward to seeing?" "Well

is THAT what it is?!" She later explained of the incident that she had been doing a series of press junkets, saying, "You're in that one little room and you're looking at one camera and there are 30 cities talking into your ear" "Right, exactly" She denied any alcohol or drug use, explaining it as: "I guess it was Alabama was in my ear and so was Seattle at the same time, so I'm answering questions to the wrong answers of the cities

" The Fox affiliate that conducted the interview corroborated Abdul's explanation, saying, "Rather than getting angry about these difficulties [] Paula forged ahead and decided to have fun with the increasingly challenging situation Unfortunately, because reporters and viewers were unaware of the situation, her humor was misconstrued

" Two years later, Abdul failed to negotiate a new American Idol contract, and her loopy reputation stuck for years until she nabbed a judging role on So You Think You Can Dance in 2013 Thanks for watching! Click the Nicki Swift icon to subscribe to our YouTube channel Plus, check out this other cool stuff we know you'll love too!