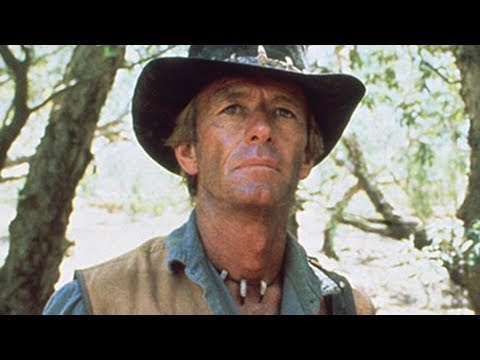 We’ve all heard of one-hit wonders, promising new musicians who shone brightly for a few months, producing a hit so infectious that nothing they released afterward came close to recapturing that magic Well, actors can be one-hit wonders too

They struggle for years to find their breakout role, and garner fame, fortune, and affection among the movie-going masses But after that one iconic part, they don’t get much of a chance to replicate their success Here are just a few actors that Hollywood dumped after one hit role Jonathan Bennett Mean Girls had the potential to turn Jonathan Bennett into a bona fide star, as the hugely popular 2004 teen movie did for much of its female cast, including Lindsay Lohan, Rachel McAdams and Amanda Seyfried Bennet, who plays Lindsay Lohan's high school crush, had the potential to be an epic Hollywood crush

Why he didn’t remains one of Hollywood's weirdest mysteries In the decade and change since Mean Girls hit theaters, Bennett has starred in about 20 forgettable projects, including Van Wilder: Freshman Year, a direct-to-video Van Wilder prequel in which he takes over for Ryan Reynolds His most notable appearance probably came from Dancing with the Stars But hey, at least he’s landed that fun and steady job hosting Cake Wars on Food Network Alicia Silverstone Fresh from star-making turns in the Aerosmith videos "Cryin'" and "Crazy," Alicia Silverstone landed a starring role in 1995's Clueless, launching her to "Hollywood's Next 'It' Girl" status

Twenty years later, we're still wondering what went wrong Maybe she did permanent damage to her career with her next big movie, playing Batgirl in 1997's Batman & Robin, a flick so poorly-received that star George Clooney apologized for it "But didn't you apologize to the crowd at comic-con for Batman and Robin?" "I always apologize for Batman and Robin” Maybe movie viewers only wanted to see Silverstone play a rebellious music video teen, or a sweet, ditzy, and spoiled teen, because her next movies bombed, including Blast from the Past with fellow forgotten icon Brendan Fraser and Excess Baggage with Benicio Del Toro Either way, it's been a real bummer to see her quickly go from MTV Movie Award-winning actress to playing the mom in the fourth Diary of a Wimpy Kid movie Does she mind? In a recent interview with Vanity Fair, she made her feelings clear, saying, "I had no interest in being famous or maintaining any kind of fame

" Patrick Fugit Jerry Maguire writer and director Cameron Crowe took the old dictum to "write what you know" to heart in 2000 when he made Almost Famous, a film based on his own experiences as a teenage rock journalist traveling with bands on tour The actor Crowe picked to play William Miller, the fictionalized version of his younger self, was Patrick Fugit, who had just a few TV credits to his name at the time Still, Fugit ably anchored the movie and played the part beautifully Yet for some reason, Fugit struggled to find work after the film, appearing mostly in interesting but low-profile movies like the meth comedy Spun, and the religious satire Saved! He more recently popped up in David Fincher's Gone Girl and starred in the supernatural television show Outcast, so there’s always a chance he might return to the spotlight Nia Vardalos In 1997, Nia Vardalos performed her one-woman show My Big Fat Greek Wedding at the tiny Hudson Backstage Theatre in Hollywood

The play was a loose adaptation of the story of how she met and married actor Ian Gomez and how he somehow fit into her zany Greek-Canadian family The project attracted a lot of Hollywood hot shots Among them, actress and producer Rita Wilson, who loved it, and managed to convince her husband, Tom Hanks, to see it too Vardalos worked with Hanks' production company on a movie version, which quietly hit theaters in 2002 The sweet and gentle romantic comedy, starring the little-known Vardalos, became a massive cultural hit, earned $241 million at the box office, and became the top-grossing romcom to date

That success likely overshadowed Vardalos' future work A CBS sitcom version of the movie was canceled after seven episodes, and her follow-up films Connie and Carla, in which she stars as a woman pretending to be a drag performer, and My Life in Ruins, where she plays a bumbling tour guide, both flopped By 2016, she went back to where it all started and created a sequel, My Big Fat Greek Wedding 2, which only earned a quarter of what the original did at the box office Paul Hogan Before playing the proudly Australian manly man Crocodile Dundee, Paul Hogan was a huge star Down Under, starring on the long-running sketch comedy series The Paul Hogan Show from 1973 to 1984 His 1986 fish-out-of-water comedy, Crocodile Dundee, became a massive international hit, becoming the second-highest-grossing film in the United States that year

A hit sequel followed in 1988, and Hollywood clearly wanted to be in the Paul Hogan business, but Hogan, who was also a writer and director, wanted more control over his projects He turned down the starring role in Ghost, a massive hit and best picture nominee, to write and star in the flop Almost an Angel Still adamant about doing things his way, he established a publicly-traded trust to finance his 1994 cowboy comedy Lightning Jack That movie bombed, too By 2001, Hogan was back to playing Mick Dundee again in Crocodile Dundee in Los Angeles, which earned a Razzie Award nomination for "worst sequel

" Crikey Shannon Elizabeth After the release of American Pie in 1999, Shannon Elizabeth became an overnight sensation She plays Nadia, an attractive foreign exchange student who becomes the object of Jason Biggs' teenage desires, and certainly those of a few audience members, too But America moved on from the Texas-born actress almost as quickly as it had embraced her Elizabeth would return to the role of Nadia in American Pie 2 in 2001, and American Reunion in 2012, but she never quite got to capitalize on her star-making performance

Her most notable duds include the romantic 2011 comedy A Novel Romance, opposite fellow victim of the Hollywood machine Steve Guttenberg; the 2012 puppy Christmas movie Golden Winter, opposite Haylie Duff; and 2015's Marshall's Miracle, another dog movie Woof