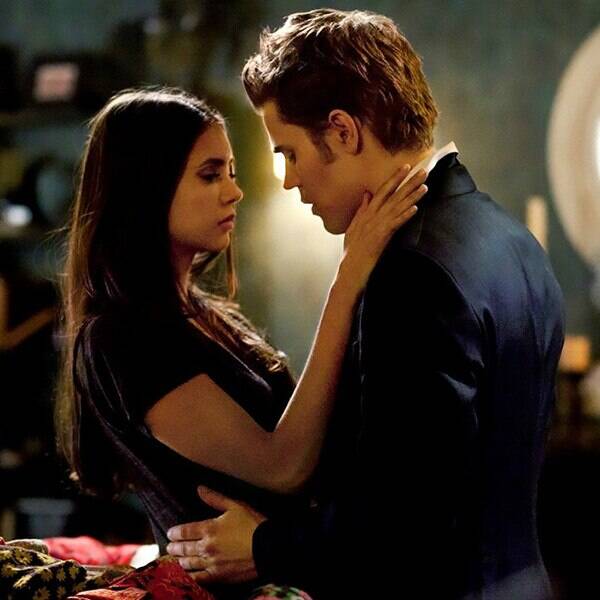 The Vampire Diaries series finale would have looked a lot different had Paul Wesley been at the helm.

On Monday, Stefan Salvatore himself stopped by Watch What Happens Live and told host Andy Cohen that he had an alternate ending in mind.

“I think—I honestly think both brothers should have died,” Paul admitted. “And I feel good about [the ending] although I would have liked that we both died and that Elena—the girl at the end of the show—like, all her memory was wiped and went to live a normal life and forgot that we ever existed. I think that would have been nice.”

His ideal ending was so well-thought-out that fellow guest Jane Lynch quipped, “Wow, you should be writing this show.”

Still on the topic of his brooding vampire character, Paul recalled how he’d prepare to play the role. “Based on the chest photos, clearly a lot of working out,” he joked. “A lot of tanning. A lot of shaving of my chest…Well, I was playing a 17-year-old, so I kind of didn’t have a choice in the matter.”

All jokes aside, Paul said that a lot of consideration went into playing Stefan.

“I took it very seriously, you know, I’m playing a 160-year-old guy and I had to, you know, be stoic,” he explained. “I just had to think about what it would be like to live on this Earth for 160 years and it just—deadpan expression.”

Despite his love for the series and his character, Paul confessed that his character’s demise was how he wanted his story to end. “I was very happy that he died,” he shared. “And I actually had requested that he died. I felt—yeah, because he did a lot of bad things and I felt like he deserved death.”

Obviously, no Vampire Diaries reminiscing moment would be complete without mentioning Ian Somerhalder, who played his brother on the show. After being asked if the brothers ever seemed like lovers by Andy, Paul had the best response.

“Well you know, Ian always says that the greatest romance on the show are the brothers.” He said. “And I actually agree with that in many ways. You know, just because it was not a sexual romance, it was still a romance.”

In fact, he said that the Salvatore bromance was just as real off-screen as it was on-screen. “Ian’s a very loving guy and we hug a lot,” Paul continued. “We haven’t spooned yet. But no, we hug each other and he gives me kisses on the cheeks all the time. He’s a very huggy guy.”

Jane couldn’t help but chime in on this one. “He is,” she gushed. “I don’t know him that well, but he’s just so lovely! I was on an elevator with him and he gave me a nice hug.”

Find out if Paul would reprise his role as Stefan in the Vampires Diaries spin-off Legacies and which storylines he thought were jumping the shark in the videos above!

(E! and Bravo are both part of the NBCUniversal Family.)