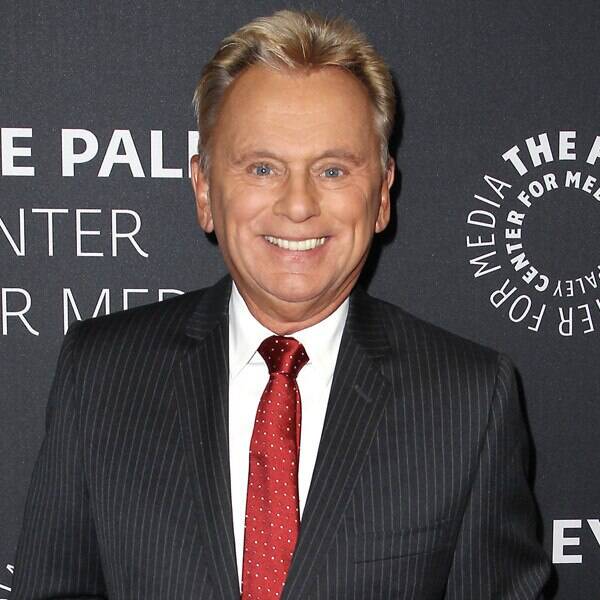 Pat Sajak looks like he’s having some lighthearted fun as he heals from his emergency surgery.

The Wheel of Fortune host showed his pride for the Washington Capitals, as he was spotted attending the hockey game on Friday night. The 73-year-old star was joined by his daughter, Maggie, for the special occasion.

For the game, the father-daughter duo also rocked their team’s gear with Pat sporting a black baseball cap and red jacket with the Capitals logo. His daughter also donned their colors, wearing an off-white sweater and red pants.

Prior to the game on Friday, the Wheel of Fortune host enjoyed Thanksgiving with his nearest and dearest. He even took to Twitter to share a funny post about his gathering.

“At our Thanksgiving meal today we discussed politics (“Who votes for more cranberries?”), gender issues (“Is that a boy bird or a girl bird?”) and climate change (“That oven is making it warm in here!”),” he cheekily wrote. “Hope you’re having a good one, too!”

Before that, he shared, “I’m planning another Earth-friendly Thanksgiving. After over-indulging on our traditional turkey dinner, I plan to take a long nap instead of burning fossil fuel in my car.”

The news of Pat’s first public outing comes nearly three weeks after he had to undergo an emergency surgery to “correct a blocked intestine.”

“He is resting comfortably and looking forward to getting back to work,” the Wheel of Fortune Twitter account shared at the time. “Taping resumed today as scheduled and Vanna White has stepped in as host.”

The upcoming season of the beloved competition show will air on December 9.