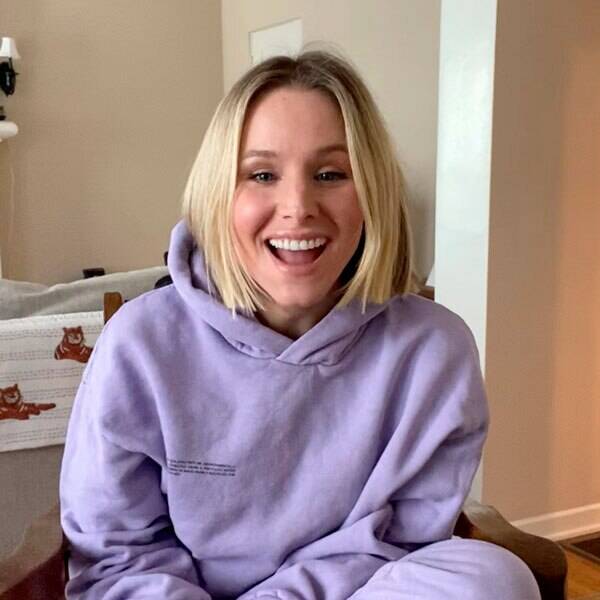 Kristen Bell is bringing one of our favorite Disney stars off the screen and into our homes with her chic Anna costume.

For the 2020 Kids’ Choice Awards: Celebrate Together show, the Good Place star got dressed to the nines in an Anna costume and stood alongside stuffed animal versions of Anna, Elsa and Kristoff. She told the viewers at home, “Wow, thank you so much for awarding Frozen II your Favorite Animated Movie! You guys, we had such a good time making this film. We hope to make a million more. Um…anybody else wanna say anything? No? You guys wanna… They’re normally very talkative. Thank you so much!”

As for Josh Gad, who voices Olaf, he came out of a steamy shower to accept his blimp. According to the actor, he “was just doing some work in the shower,” where he’s “doing most of my work these days,”

“A little Nickelodeon Blimp flew in to surprise me. I’m so excited ’cause this is the closest I’m gonna get to air transportation right now,” he continued. “So thank you so much for giving me this honor on behalf of my vocal performance in “Frozen.” Now sorry, but I, uh, gotta get back to work. All right.”

The Disney movie is unsurprisingly a big hit among adults and kids alike. And it’s always on the mind of those who watch thanks to catchy songs like “Out of the Woods” and “Into the Unknown.”

Congratulations to the Frozen II cast for their much-deserved award!