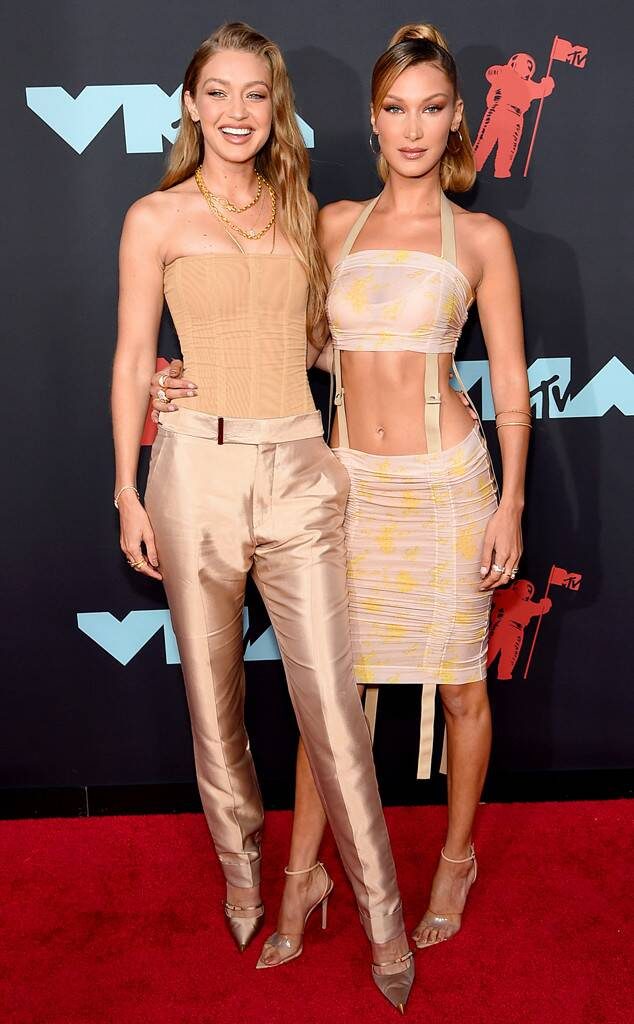 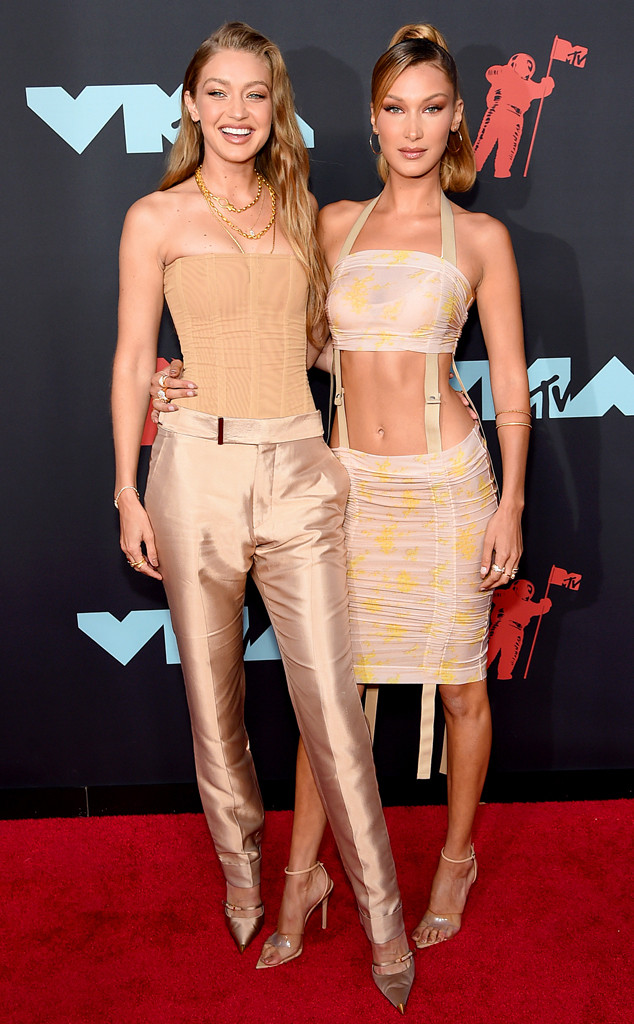 Gigi Hadid and Bella Hadid are taking the 2019 MTV VMAs by storm as they dance the night away and cheer on music’s biggest winners and presenters.

Such was the case when Queer Eye‘s Jonathan Van Ness took to the stage at the Prudential Center in New Jersey to present the award for Video For Good. (FYI: Taylor Swift took home the coveted prize!).

During that bit, the supermodel sisters couldn’t stop snapping pics and hyping up the Netflix star up as he spoke into the mic. At one point, Gigi got up from her seat to cheer on the reality TV personality.

Naturally, the dynamic duo couldn’t stop dancing and singing along to Missy Elliott‘s iconic music as she performanced on stage.

Another major moment between the siblings? The two stood by each other’s side as they posed for cameras on the red carpet. They didn’t need dates for this awards ceremony!

From holding hands to doing duck faces, the Hadid sisters are certainly having a ball and making this an awards show to remember.

They also coordinated outfits for the special ocassion. They both opted for beige ensembles, however, they took two totally different approaches.

Gigi stunned in an off-white corset and satin pants by Tom Ford, while Bella went the risqué route. Wearing a bandeau bra and body-hugging skirt, the 22-year-old model pulled her fiery look together with a belt-like strap that held her bra and skirt together.

What’s more? The siblings also coordinated their makeup looks, as they donned bronzy smoky eyes and nude lips. The only difference was their hairstyles.

The night is only getting started, which means there will be plenty more unforgettable Gigi and Bella moments tonight! As of now, one thing is clear: they are the definition of sister goals.