More than a week after filing for divorce from Kevin Hunter, the talk-show host got fans buzzing again when discussing a “Hot Topic” during today’s all new Wendy Williams Show.

In the first 20 minutes of the broadcast, Wendy examined Jason Momoa‘s all-new look after he decided to trim off his beard.

While discussing the makeover, Wendy just so happened to set the record straight on her own relationship status.

“I don’t know whether this was a paid thing that he was doing or whether he’s just that kind of guy but he was trying to get your attention. I’ll be damned, it got mine. It did,” Wendy shared. “I must say my break down, just observing him as a single woman, I have to tell you that the newly-shaved Jason Momoa just looks like another hot guy in the streets.”

She continued, “I mean, very hot. But just another one. Whereas this look right here, with all the air, that separates him. He looks terrible. You want him to do terrible things to you. Terrible.” 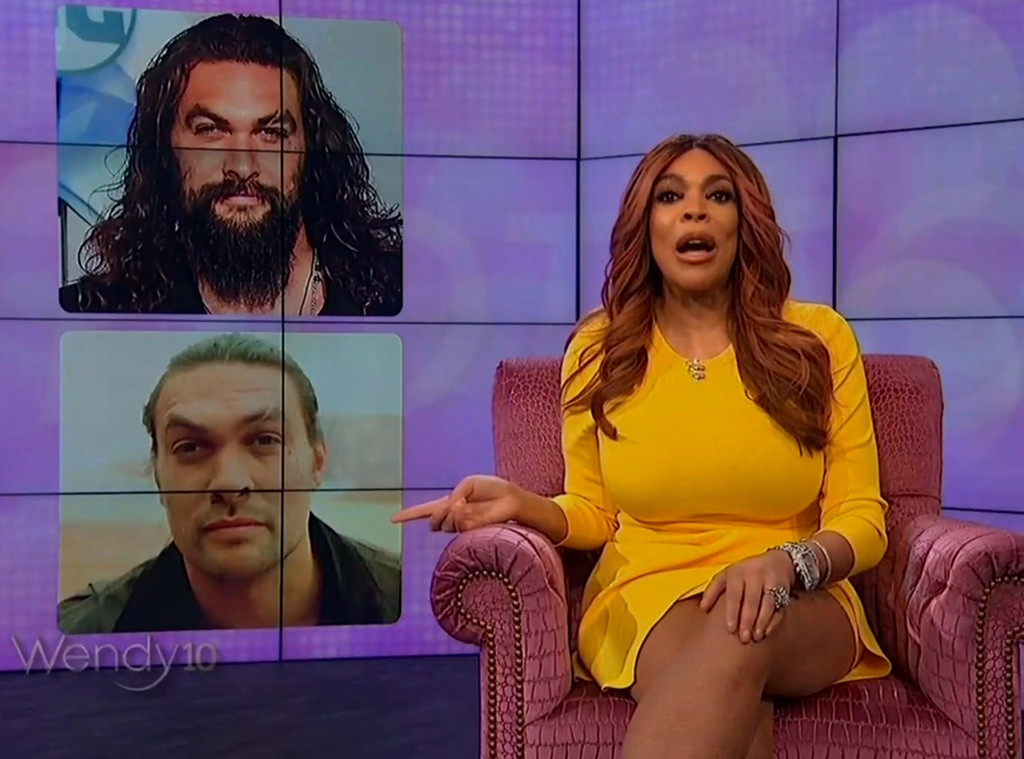 “I don’t know about you, I’m really not a beard person and I’m surprised that my taste has broadened,” the talk-show host continued. “Only three times with a guy with a beard because that new study is out that says beards have more germs than dogs.”

That study was published in the February journal European Radiology. The findings state that “dogs can be considered as ‘clean’ compared with bearded men.”

But enough about that hairy situation. Wendy has already shown signs that she is moving on from her divorce.

A source recently shared with E! News that Wendy has signed a lease for a new home in New York City that will be closer to work. In addition, she will be moving out of her sober house in the coming days.

“Addressing my sobriety, my addiction head-on, has really helped me sort out every single compartment in my life,” Wendy recently told her studio audience. “I have a commitment to me and my son to come out of here better, stronger and faster than ever—and by the way, I will still commit—’cause you’ll forget about my business any moment now—I commit that the motto of this show will always be ‘their business is our business!'”