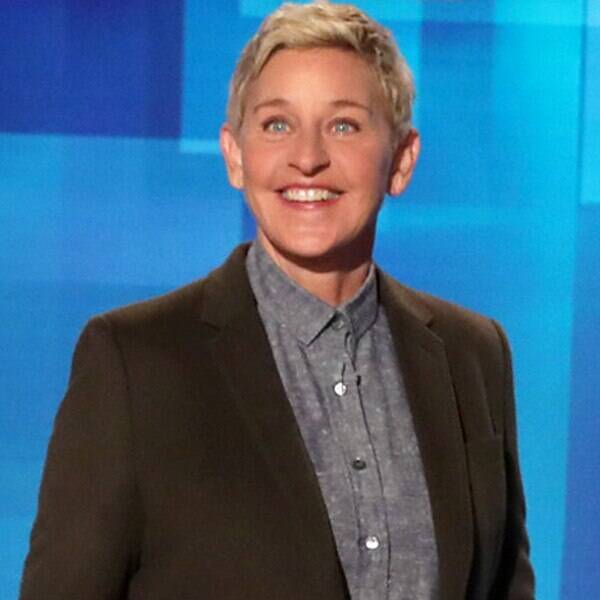 One thing we love about The Ellen DeGeneres Show is that we always end up laughing.

The series, which is nominated for the E! People’s Choice Awards in the Daytime Talk Show of 2019 category, always has us in stitches when host Ellen DeGeneres plays games with her A-list guests or finds increasingly crazy ways to scare them.

After all, this is the comedian who one time hid in a bathroom to terrify Taylor Swift and even likes to spook her own staff members around the office. So really, no one is safe!

She also loves to give back, such as surprising fans with their favorite celebrity or having on guests who have gone viral online.

The host now needs help from her audience so she can win at the PCAs! Voting is open and fans can head to the official site or take to Twitter to cast their ballots.

To help you with your choice, we rounded up some of the funniest moments from The Ellen DeGeneres Show this year.

Be sure to tune into the live award show on Nov. 10 to see if the host takes home the trophy. With 43 categories that include movies, TV, music and pop culture, you are sure to see one of your favorite celebrities end up a winner.

Scoring tickets to go see Ellen’s show is already exciting, but imagine showing up and the person sitting next to you is Brad Pitt!

In this hilarious segment from earlier this month, Pitt showed up to Ellen’s show as a super-fan and sat in the audience seats, chiming in on what his favorite segments were and cheering throughout the show. His presence even intimidated guest Sean Hayes, who joked he felt “off his game” with Pitt (and “those beautiful eyes”) watching him.

Pitt eventually came down and joined Ellen on stage, but you better believe we want to be in her audience every day now just in case he comes back!

If you were obsessed with Big Little Lies, you likely saw the photos leaked from set where Reese Witherspoon was launching an ice cream cone at her co-star Meryl Streep, only for the scene to never air on the show.

Not one to deprive us of the content we deserve, Ellen had Witherspoon on her show and the two played a hilarious game where they threw ice cream cones at cut-outs of Streep’s face.

Another day on Ellen, another scare!

Guest Sterling K. Brown truly thought he was safe from being snuck up on after inspecting the table he and Ellen were playing a game at, only to be spooked when a crew member dropped in Mission Impossible-style from the ceiling and frightened the actor. You can run, but you can’t hide if the host wants to scare you silly.

In May, Melissa McCarthy came to Ellen’s show to promote her film The Kitchen only to get scared by her favorite musician, Billie Eilish! Eilish popped out of an end table, scaring McCarthy and her movie’s co-stars Tiffany Haddish and Elisabeth Moss.

Ellen also debuted a parody video in which McCarthy was edited into Eilish’s “Bad Guy” music video, with the funny actress copying Eilish beat-for-beat but with hilarious results.

Whether or not Winkler knew any of the answers, we’ll never know, as the children beat him to the buzzer every time with the correct answer. The Barry star got sassed by the kids until Ellen ended the game, joking that they could do this forever and he wasn’t going to get any points.

In this funny segment, Zac Efron got to check out the wax figure of himself and freaked out on how similar it looked.

He touched his wax figure’s armpit hair and then pulled up his own shirt to compare abs, much to the delight of everyone in the audience and watching at home.