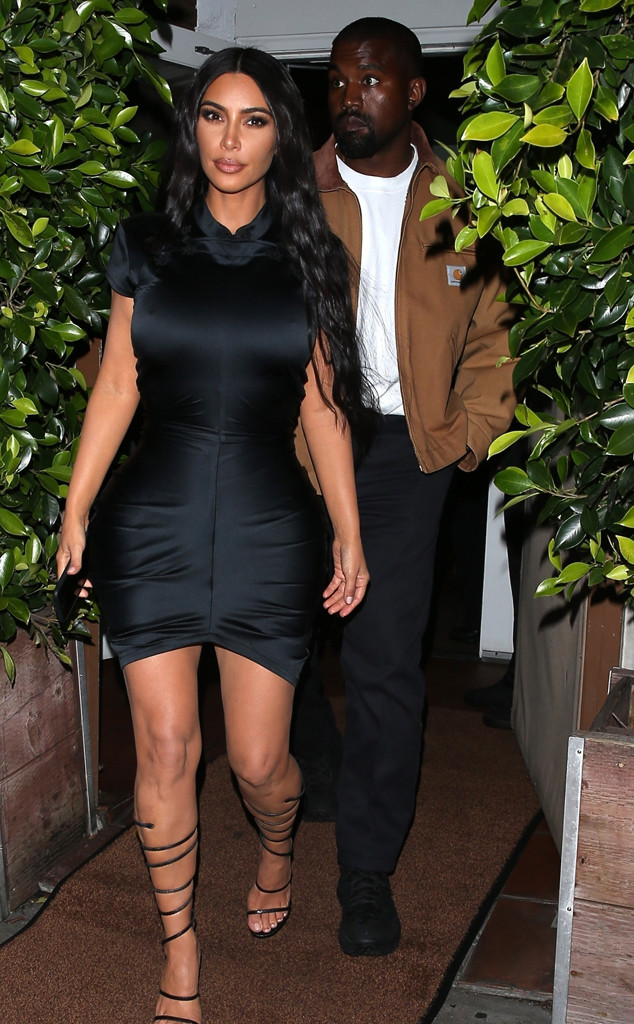 Ahead of their official 5-year wedding anniversary, Kim Kardashian and Kanye West got some time together to celebrate their romance by candlelight. According to source, the famous couple stepped out for a romantic dinner together on Thursday night at Santa Monica hot spot Giorgio Baldi—the perfect nod to their Italian nuptials years ago.

Ever the stylish pair, the makeup mogul stepped out in a little black dress and wrap-around heels while the rapper opted for a camel jacket and dark pants for the dinner.

“They were tucked away in the corner and ate by candlelight,” a source described to E! News. “They were mostly talking to one another quietly and smiling across the table. They were low-key and mellow. They showed each other pictures on their phones and shared stories.”

Their upcoming anniversary did not go unacknowledged by the restaurant. “They were both very happy and chatting with the staff. The staff congratulated them and sent over some special dishes for them to try,” the source said.

On Friday, the reality star commemorated their official anniversary with several photos from their special day in Florence back in 2014. The couple tied the knot in a highly anticipated ceremony in front of family and friends at the Forte di Belvedere, a 16th-century fortress in the hills near the Arno river.

As Kim put it on Instagram, “5 years ago today I married my best friend.”

Five down, forever to go. Happy Anniversary, Kim and Kanye!