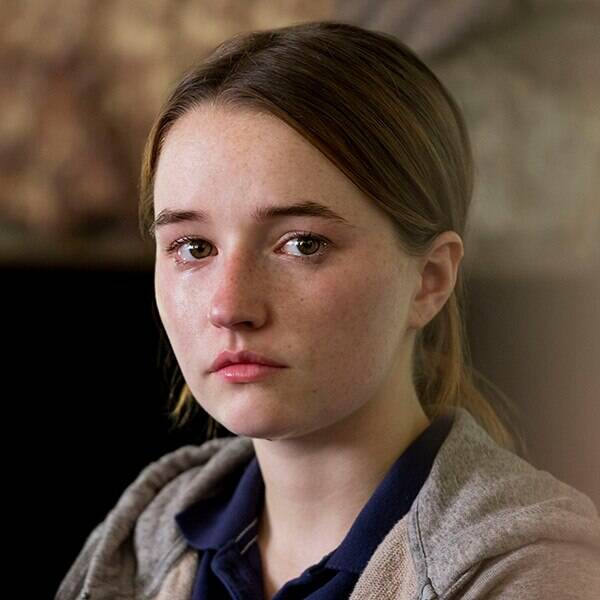 When teenager Marie Adler reported being raped by an intruder in her home in Lynnwood, Washington in August 2008, her life was upended in ways she couldn’t have even begun to imagine.

Not only had she experienced a horrific and violent attack, incurring suffering both physical, mental and spiritual as the promise of safety her apartment afforded her was violated, marred with the memory of what had happened to her there, but, thanks to little physical evidence, a perceived “wrong” response to the trauma she’d claimed had been inflicted upon her, and an inconsistent recounting of events in the days afterwards, she suffered anew as both the parental figures in her life and the detectives entrusted with her case found her story to be just that, a story.

Within days, Detectives Jeffrey Mason (who’d only previously worked one or two rape cases in his career) and Jerry Rittgarn had Marie convinced that perhaps she’d dreamt up the whole thing. She eventually recanted. Later that month, the Lynnwood Police Department would charge her with false reporting, a misdemeanor punishable by up to a year in jail. The citation she received in the mail had been signed by Sgt. Mason himself. The decision to charge her left her lawyer surprised—no one had been accused of the crime, let alone arrested for it. It felt as though the police were making a point. By March, she’d been offered a deal. If she met certain requirements for a year (mental health counseling for lying, supervised probation, no more brushes with the law) and paid $500 to cover the court’s costs, the charge would be dropped.

She took the deal.

If the case sounds familiar to you, that’s because it was the subject of both a 2015 Pulitzer Prize-winning Marshall Project and ProPublica story, entitled “An Unbelievable Story of Rape” and written by T. Christian Miller and Ken Armstrong, and an episode of the This American Life podcast. And on Friday, Sept. 13, it becomes the latest Netflix miniseries to be based on a remarkable series of real events, following this year’s Emmy-nominated When They See Us, entitled, appropriately, Unbelievable.

Co-created by Susannah Grant, Ayelet Waldman and Michael Chabon, the eight-part miniseries, starring Booksmart‘s Kaitlyn Dever as Marie, is a story of a police department ill-equipped to protect those its expressly meant to serve, a system that puts the onus on the victim to prove that what’s happened to them actually has, and a culture that’s quick to write off a victim if they’re not displaying their victimhood in the “right way.” Serendipitously, it’s also a story that has, if not a happy ending (because how could any of this truly end happily?), then at least a sense of justice served, however delayed.

If you happened to read Miller and Armstrong’s stunning piece of journalism when it went viral almost immediately after being published in December of 2015, you’ll recall that the story doesn’t end with Marie’s acceptance of the plea deal. Rather, two years later and some thousands of miles away, in the suburbs of Denver, Colo., Stacy Galbraith and Edna Hendershot, two female detectives from separate police departments, unknowingly began to find Marie’s rapist when they began investigating rapes carried out by an attacker with a startlingly similar M.O. to that of Marie’s. After months of stellar police work by the highly-cooperative detectives, a rarity in the male-dominated and, at times, ego-driven world of law enforcement, Galbraith made the arrest of a lifetime.

Marc Patrick O’Leary would eventually plead guilty to 28 counts of rape and associated felonies in Colorado, as well as two in Washington state. (Photos of Marie with her learner’s permit splayed across her chest were found on his digital camera.) He is currently housed in the Sterling Correctional Facility in what the ProPublica story calls “the barren, remote northeastern corner of Colorado.” He will never be released.

Despite mishandling Marie’s case so poorly that an outside review of the department wrote that what happened to her was “nothing short of the victim being coerced into admitting that she lied about the rape” through means of “bullying” and “hounding,” no one in the Lynnwood Police Department was disciplined. Sgt. Mason went back to narcotics, where served on a task force since being hired by the department in 2003 until six weeks before her rape.

For Grant, the series, which also stars Merritt Wever and Toni Collette as detectives based on, though not named after, Galbraith and Hendershot, is an opportunity to highlight the importance of experience and training when investigating sexual assault cases. “It’s worth noting that the detectives on which Merritt and Toni’s characters are based had had, the Toni character had had more than a decade of sexual assault investigation experience, Merritt’s less but still a considerable amount, and the man you saw in this [first episode] who led the investigation had recently come over from narcotics and I think it was his second or third sexual assault, so he was untrained,” the showrunner, who previously penned Erin Brockovich, among others, told The Hollywood Reporter in July . “We talked to those detectives and to hear them talk about what that experience has taught them about what happens to the brain in trauma and how that changes and how you talk to them and question them and advise is — no wonder it gets messed up. People need to be trained.”

Executive producer Sarah Timberman added, “That’s such a huge part of the story is exploring the ways that people respond to trauma and just underscoring the fact that there’s no right way to respond to a trauma. And yet there are so many preconceptions about the way people are expected to behave in the wake of something like a violent assault.”

In the end, though, this is Marie’s story. And two and a half years after the Lynnwood Police Department had publicly branded her a liar (it was her former best friend, however, who created the website that outed her identity to the entire community), they tracked her down somewhere outside of Seattle. They told her that her rapist had been arrested, told her that her record would be expunged, and handed over a refund for the $500 she’d been forced to pay the court. She went on to sue the city and settled for $150,000.

As Miller and Armstrong’s piece noted, she found it within herself to accept the apology of both foster mothers who’d turned their backs on her in her time of need—it was one’s expression of doubt to the police that prompted the detectives to stop investigating Marie’s claims and pursue the theory that she was lying—and soon left the state. After getting her commercial driver’s license, she began a career as a long-haul trucker, got married, and now has two children. She’s requested that her location remain undisclosed.

In A False Report, the book Miller and Armstrong penned after their initial piece brought attention to the case, they revealed that, in the fall of 2016, Marie made a call from the road. It was to Galbraith. “They didn’t talk for long, fifteen minutes maybe,” the book notes, “but all Marie wanted, all she really needed, was to tell Galbraith how much her work had meant.”

An unbelievable ending to a sadly all-too-believable story.

Unbelievable is available to stream on Netflix now.